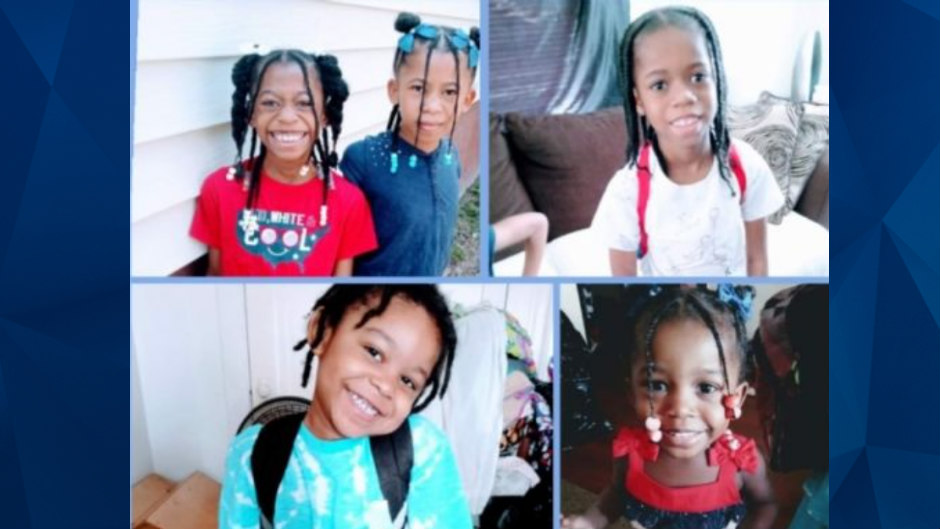 Five young children died in a horrific fire Friday – on their mother’s birthday – at a St. Louis-area apartment where they had been living since their previous home was destroyed in a blaze earlier this year, the St. Louis Post-Dispatch reports.

The fire is believed to have started around 3 a.m. at an apartment building in East St. Louis, Illinois.

The children’s mother, Sabrina Dunigan, had just left the residence to drive someone to work, and when she returned the home was engulfed in flames. She attempted to run into the apartment but was unsuccessful.

Two children were found dead in a bedroom and three other children were located unconscious on the floor. Of the unconscious, two died in ambulances and one died en route to a hospital, CNN reports.

The children’s maternal grandparents, Greg Dunigan and Vanicia Mosley, had been sleeping in a room separate from the kids. Dunigan told the Post-Dispatch that he attempted to get the children out but that the fire was too intense.

Dunigan and Mosley jumped out of a window to escape the blaze, which remains under investigation.

It was the family’s second fire this year. Five months ago, the family’s home burned down but everyone had escaped without injury. That fire was not deemed suspicious, according to the Post-Dispatch.

The fire erupted hours before a party had been planned for Sabrina Dunigan, whose birthday was Friday. Family friend Arthur Robinson told the Post-Dispatch that he was supposed to bring balloons and other party items Friday morning.

“I fell to my knees and almost passed out when I heard they were gone,” Robinson told the newspaper. “It’s very troubling.”

He added that Dunigan “was a great mother, a responsible mother.”

On Friday evening, a vigil was held to remember the children and express support for their mother, KMOV-TV reports. Nearly 100 people surrounded the scene, which was covered with flowers, balloons and stuffed animals.

The East St Louis School District, where three of the children attended classes, said it was providing counseling services to grieving peers and educators of the deceased children.

“Today the East St. Louis School District is grieving the loss of three students and their younger siblings. We send our sincere condolences to the family as they cope with this tragedy. We ask for respect and privacy as the family and our staff work through this significant loss.

“Our crisis team was on the scene following the event and is partnering with the Red Cross and Community Life Line to provide ongoing support services. Counseling services will also be provided to classmates and staff,” the statement reads, according to KMOV-TV.

“The guys are taking it pretty hard,” McClellan told the news outlet.

A GoFundMe account has been established to help cover memorial expenses for the children.