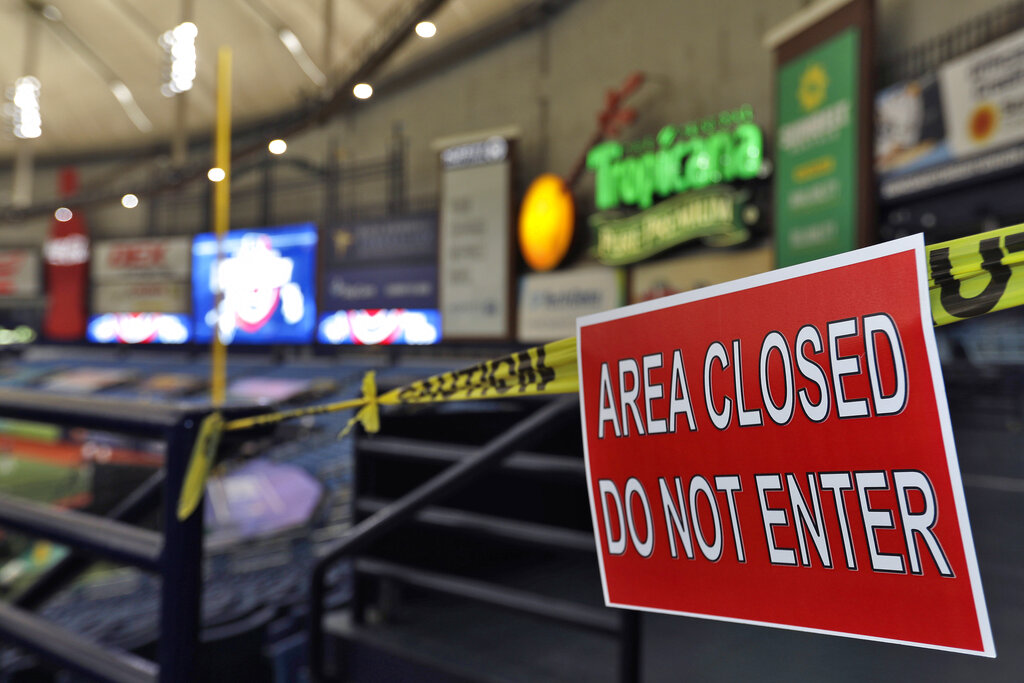 Several potential gravesites and other “areas of interest” have been identified under parking lots near a Florida Major League Baseball stadium, the Tampa Bay Times reports.

On Friday, the city of St. Petersburg announced that a contractor it hired had located the possible graves beneath a pair of parking lots outside Tropicana Field, home of the Tampa Bay Rays baseball team.

The parking lots were built over a former cemetery, which segregated the remains of Black and white decedents.

St. Petersburg Mayor Rick Kriseman said the city is working on a way to honor those still believed to be buried under the parking lots.

“While the number of potential graves discovered is small, it is not insignificant,” Kriseman said in a written statement, according to the newspaper. “Every person has value and no one should be forgotten. This process is of the utmost importance and we will continue to do right by these souls and all who loved them as we move forward.”

The contractor had been tasked with searching for potential gravesites using ground-penetrating radar so that the city can redevelop the property. Strong radar results identified the three grave shafts, WTSP-TV reports.

Additional “areas of interest” were also found south of the parking lots on land that once was the site of two former cemeteries: the Evergreen Cemetery, which served Black residents, and the Moffett Cemetery, which housed people of multiple races.

Each of the three cemeteries was eventually closed and hundreds of bodies were reburied in other locations. Even so, some residents of the neighborhood have long been concerned that there were additional gravesites remaining.

The city paved the parking lots in 1990, when Tropicana Field opened. City officials had said they were confident all the graves had been exhumed, but a full archeological survey had not been conducted, according to the newspaper.