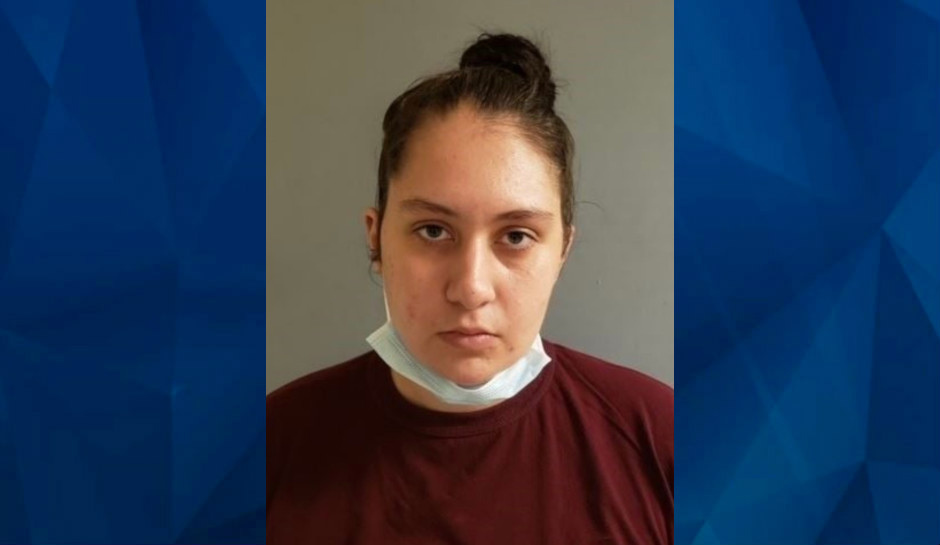 ‘Things Got Out of Hand’: Connecticut Woman Slits Throats of Her Grandmother and Grandma’s Boyfriend

A 22-year-old Connecticut woman took an Uber to her grandmother’s apartment on Sunday and stabbed the 72-year-old woman to death along with her 63-year-old boyfriend while the Uber driver waited outside.

Harlee Swols was in violation of a protective order when she went to Maryrose Riach’s second story apartment in Enfield, NBC Connecticut reported. She told police that Riach had invited her to the apartment to pick up some belongings and that “things got out of hand.”

Riach was found with 22 sharp force injuries, and her boyfriend, James Samuel Bell, had 30 stab wounds. Both had cuts on their throats, the medical examiner said. Bell was pronounced dead at the scene, while Riach was transported to a hospital, where she, too, was pronounced dead.

Enfield Police were called to the scene on at about 6:30 p.m. on Sunday by a neighbor who reported hearing an upstairs neighbor call for help, according to an arrest report. When they reached the second floor porch, they saw a window broken and a woman, identified in the report as “Victim 1,” “face down in a pool of blood.” The officers were kicking in the door when they saw Swols walk into the apartment’s kitchen area. The officer said he could hear a shower running, and Swols was fully clothed and “soaking wet with water and a blood like substance.”

They ordered her not to move and forced entery into the apartment, putting Swols in handcuffs. The officers found Bell — “Victim 2” — “face down, on his knees, near the bottom corner of the bed … a large laceration from one side of his neck to the other and across the area of the artery.” EMS arrived, pronounced Bell dead, and took Riach to the hospital, where she was pronounced dead. Riach had a “large laceration … from ear to ear, across the base of (her) throat” and multiple other cuts. Her jugular vein had been severed, the medical examiner said.

As for Swols, the officers reported that both her “hands were covered in blood and both had wounds.”

“The Accused had blood all over her clothes and was showing no emotion,” police said.

The protective order against Swols stemmed from a domestic incident between her and Bell in early July. In addition to the protective order, she was charged with breach of the peace and assault on an elderly person.

The report said that Swols had hired an Uber to pick her up from a Staples store, where she worked. She put in three stops on the trip — the first to the apartment. According to the Uber driver, Swols had him park in the rear parking lot and went upstairs, telling him she’d be right back. Within minutes, the driver heard glass breaking, yelling, and a woman screaming, “Help! Help!” He said he was about to call 911 when police arrived on the scene. The downstairs neighbor also told of hearing glass breaking, yelling, and Riach calling for help.

Swols told police that she couldn’t recall how the argument escalated to murder and accused Bell of coming at her with a knife. Somehow, she said, she got hold of the knife, and when asked what happened next, she replied, “Not good things, clearly.” She said that when she picked up the knife, she hurt someone, but would not elaborate and ended the interview asking for an attorney.