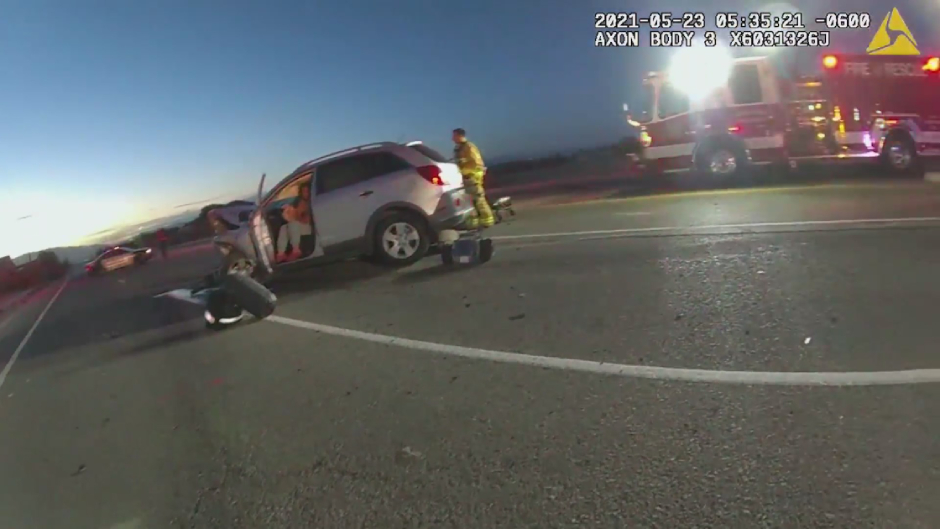 Bodycam footage released on Wednesday appears to capture a drunk driving suspect asking New Mexico police if she could smoke a cigarette, moments after a May 23 crash that left a woman dead.

KQRE reported that the cigarette was the first thing Jennifer Munoz, 26, asked officers about after fatally striking Janelle Katesigwa, 41, in Albuquerque. Munoz was allegedly driving at 80 mph in a 35 mph zone, and she had run a red light before the fatal wreck.

Munoz’s passenger can be heard screaming in pain as Munoz begs cops for a cigarette.

“Let them try to help your friend,” an officer responded.

Police said Munoz reeked of alcohol and she admitted to drinking several shots. Witnesses said Munoz attempted to flee on foot before officers arrived, according to KQRE.

Katesigwa was reportedly heading to work when she was struck and killed.

Munoz’s blood was taken five hours after the deadly crash and it was allegedly twice the legal limit. KQRE reported that a search of her vehicle produced a bottle and flask of tequila, beer, and a jar containing capsules of THC.

Munoz, who was charged with vehicular homicide, was ordered to remain jailed until trial.