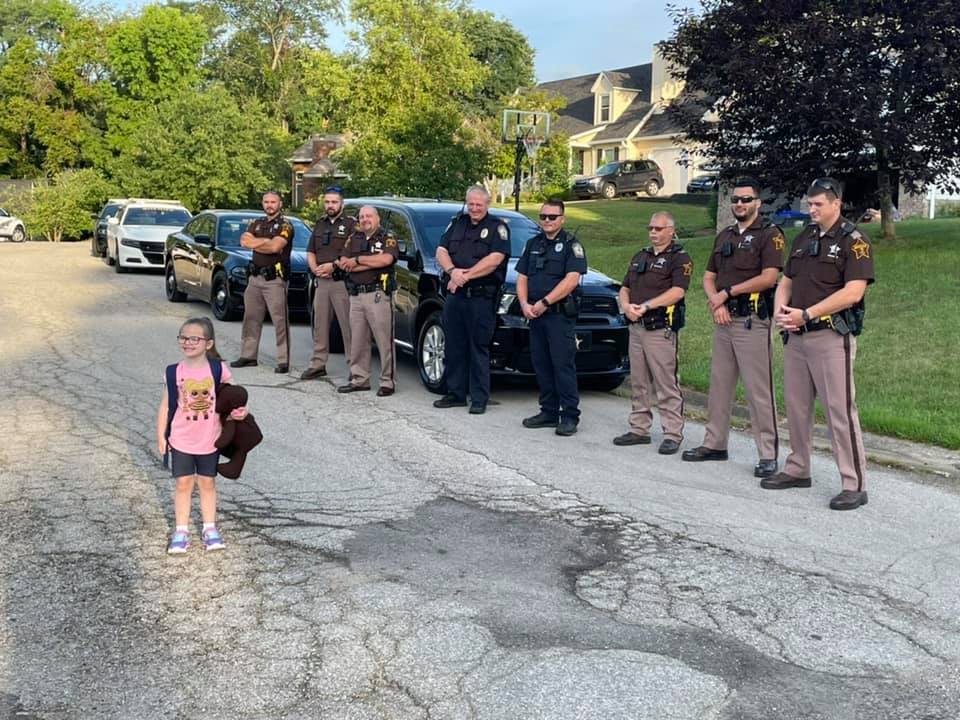 ‘She Wasn’t Alone’: Police Give Daughter of Fallen Officer a Send-Off on Her First Day of Kindergarten

Police in one Indiana community helped the daughter of a fallen officer prepare for her first day of school, an important milestone that her father had been eagerly anticipating before he died, WTHR-TV reports.,

Monroe County Reserve Deputy James Driver was killed in a crash in March after the operator of another vehicle lost control and collided with the deputy’s cruiser, according to WRTV.

Driver had been working to become a full-time deputy and had expressed to his colleagues that he was looking forward to his daughter, Lily, starting kindergarten this year.

“That was his pride and joy. He was always talking about Lily all the time,” Deputy Carlos Gaitani told WTHR-TV. “He was looking forward to walking her to school, holding her hand and getting her on the bus. He had talked about that many times.”

This week, officers from the area gathered to send Lily off to school. They lined their cruisers on her street and escorted her to the bus stop.

The officers also gifted Lily a teddy bear made from her father’s uniform. A dispatcher in the county obtained the bear from a nonprofit group called Blue Line Bears, which works to help children of fallen law enforcement officers, according to the organization’s website.

“Everyone that was there was determined to make sure that Lily knew that she wasn’t alone even though her dad wasn’t there,” Gaitani told the television station.

Monroe County is southwest of Indianapolis and covers the city of Bloomington, home to Indiana University.