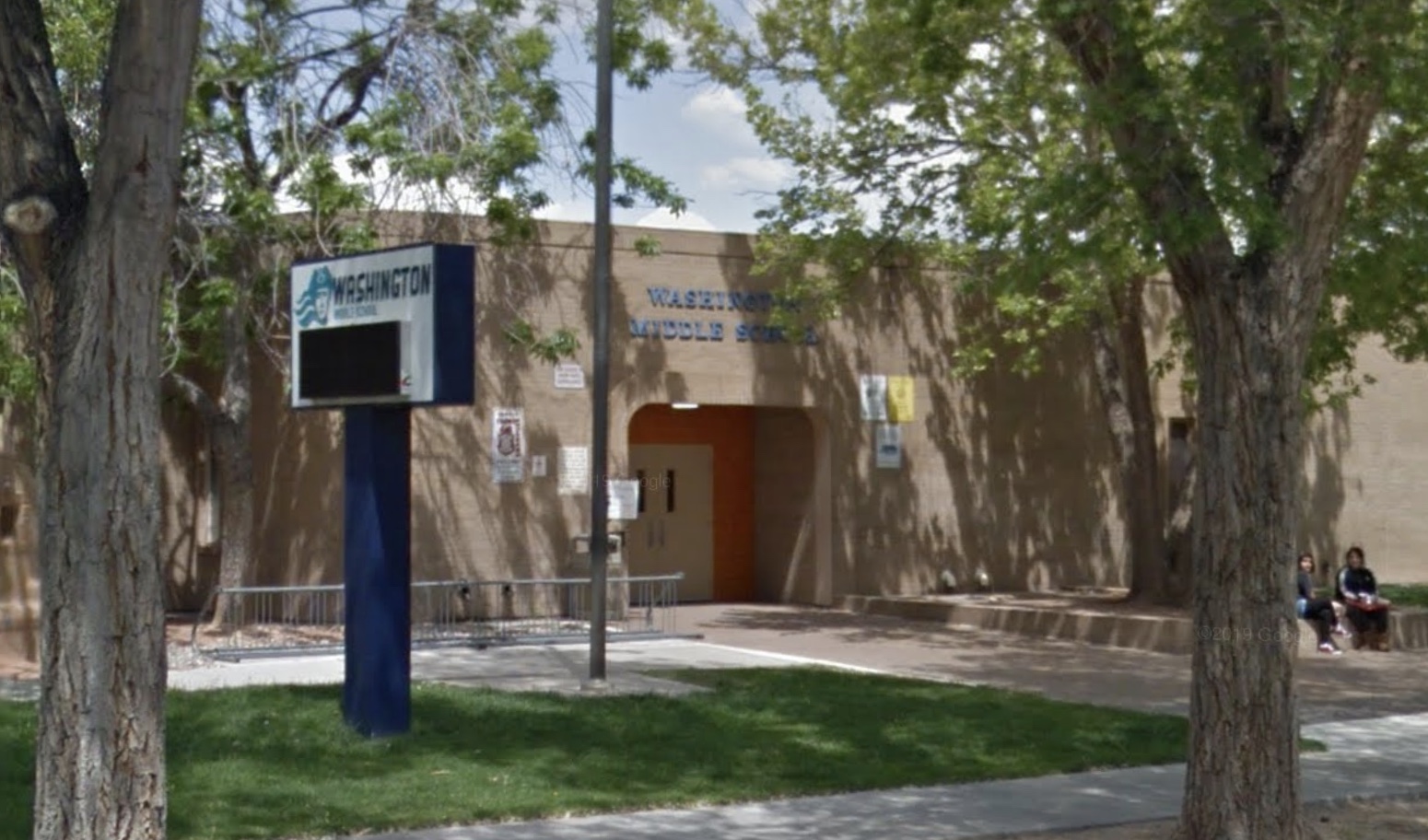 Juan Saucedo, 13, was charged with murder and unlawfully carrying a deadly weapon on school premises in Friday’s shooting at Washington Middle School, Albuquerque Police said at a news conference.

Saucedo is accused of shooting 13-year-old Bennie Hargrove, who died at the University of New Mexico Hospital after the shooting, KRQE reported.

Police were called to the scene at about 12:45 p.m. on Friday, as CrimeOnline previously reported. They found Hargrove on the ground near the east side of the school with multiple gunshot wounds. Saucedo had been detained by a campus police officer.

Police said on Saturday that the shooting took place during a bullying incident and that Saucedo’s parents told investigator’s the boy took the gun from his father, the Albuquerque Journal said.

A student witness told detectives that Saucedo showed several children the gun he had in his backpack earlier in the day. Saucedo hid the gun behind his leg when Hargrove approached, the witness said. Hargrove wanted Saucedo to “stop bullying his friends,” the witness said, telling Saucedo he “didn’t want to fight” but to “leave his friends alone.”

Saucedo pulled out the gun and fired at Hargrove, hitting him multiple times, the witness said.

Police said Saucedo told officers to “tell my mom I’m sorry,” and told them “I don’t deserve to eat” when they offered him food.

Saucedo’s father arrived at the school on Friday just in time to see his son handcuffed after noticing his gun missing.