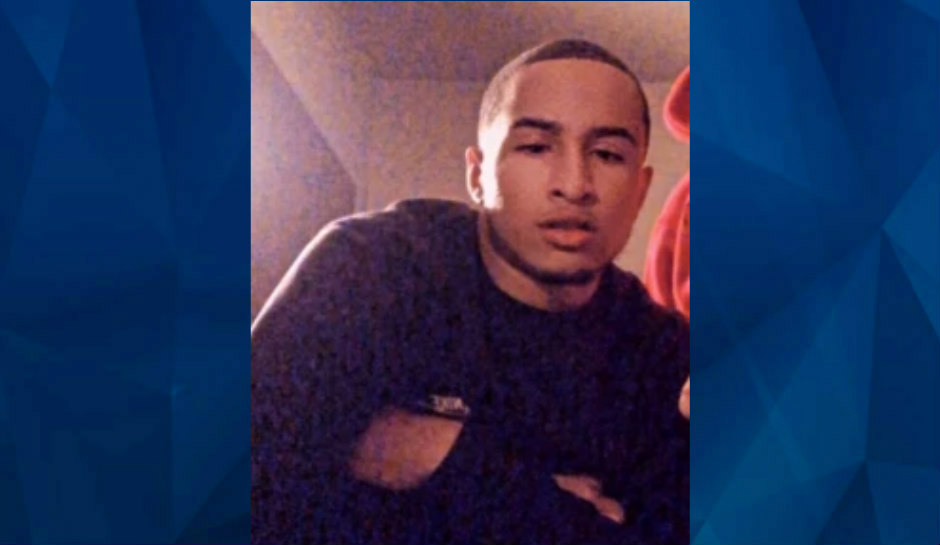 Newly obtained video shows a ruthless fatal shooting at a New York City bodega where a “Law & Order” extra was gunned down in a hail of bullets, the New York Post reports.

Around 4 p.m. Friday, Jayquan Lewis, 21, was purchasing a bottle of water at B.H. Gourmet Deli in the Bronx when a gunman fired seven bullets into him. Surveillance footage published by the Post shows Lewis waiting to buy the water bottle when the perpetrator emerges into the frame from the back.

The gunman walks past someone standing near the entrance to the deli, holds up a gun and begins firing. The horrifying footage shows Lewis falling to the ground and his legs shaking.

Three bullets hit Lewis’ chest, another three struck his arms and one bullet hit his stomach, sources told the newspaper. He was rushed to a nearby hospital and later died, WCBS-TV reports.

“The assassination reminds me of the scene from ‘Carlito’s Way’ when Al Pacino’s character gets shot by Benny Blanco from the Bronx,” John Jay College of Criminal Justice adjunct professor and retired NYPD detective Michael Alcazar told the Post.

Investigators believe that Lewis was targeted following a dispute on social media and may have had ties to a gang.

However, Lewis’ mother, Marisol Sanchez, has refuted claims that her son was in a gang. She told the Post that she has continuously feared for his safety.

Before Lewis left Friday to get the water, Sanchez said she told him, “I don’t want you on the street,” according to the newspaper.

“I warned him because so much stuff has been going on around here,” Sanchez told the Post. “I have seen so many shootings and I’ve been seeing a lot of killings. That was one of my biggest fears, something happening to my son.”

Lewis replied, “Mommy I love you. I’ll be right back,” Sanchez recounted in an interview with WABC-TV.

Sanchez soon got a call that her son had been shot and she rushed to the scene, just as CPR was being performed.

Sanchez said her son had no enemies. He enjoyed acting and had been cast as an extra on “Law & Order” and was also in the 2019 movie “Joyland” and the 2013 movie “The Inevitable Defeat of Mister and Pete,” according to the Post.

“He was not a troublemaker,” Sanchez told the newspaper. “He was not those types of kids.”

Joseph Giacalone, a former NYPD sergeant who also teaches at the John Jay College of Criminal Justice, told the Post that the shooting looked like it was personal.

“I have no doubt that (the victim) was targeted. The guy standing next to him could’ve easily been killed too, but wasn’t,” Giacalone told the newspaper.