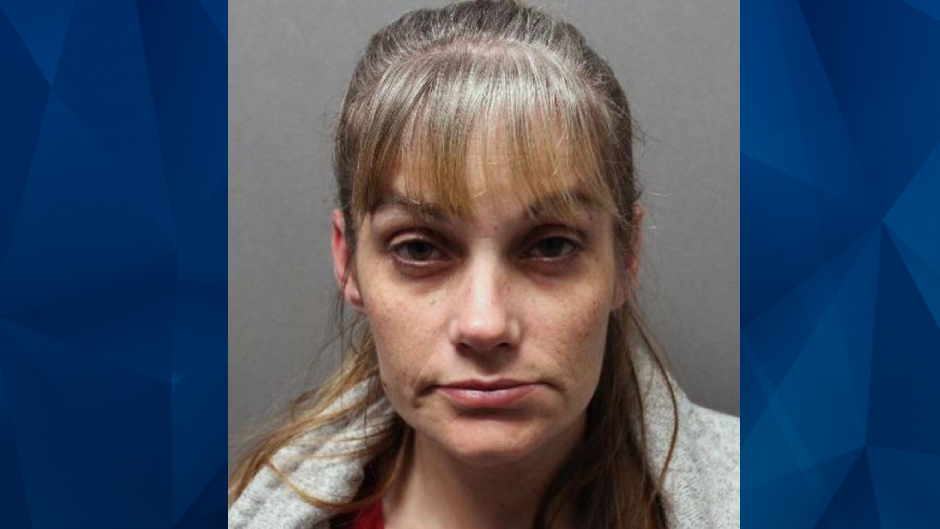 A New York woman was arrested on Wednesday for living with her roommate’s corpse following her death from an overdose in February.

The Johnstown Police Department said Stephanie Hillburn’s arrest for concealing a corpse stemmed from a welfare check officers performed at her home on Valentine’s Day. Officers asked Hillburn, 43, (pictured) and another roommate, Deborah Eglin, 38, about Patricia Barter’s whereabouts, prompting the pair to nervously show them Barter’s body in her bedroom, according to WTEN.

It appeared Barter, 62, had been dead for some time, and an investigation revealed she died from an overdose on February 6. Hillburn and Eglin are accused of moving Barter to her bedroom, presumably so their guests would not notice.

The two roommates allegedly lived with Barter’s corpse for a week — and hosted several parties and gatherings in that timeframe. They said they did not report Barter’s death because they feared it would uncover illegal activity, according to WTEN.

Johnstown police said a visitor alerted them to Barter’s body in the home. Authorities also believe Elgin and Hillburn used Barter’s Social Security debit card following her death, but they could not recover any physical evidence corroborating this.

WTEN reported that Hillburn was originally arrested on Wednesday with two other people during a traffic stop in Montgomery County. Hillburn was criminally charged for possessing a hypodermic instrument before she was released to Johnstown police.

Eglin is already in custody and is also expected to be criminally charged in connection with this case. Records indicate that Eglin was sent to state prison in May for an unrelated criminal possession of stolen property charge.