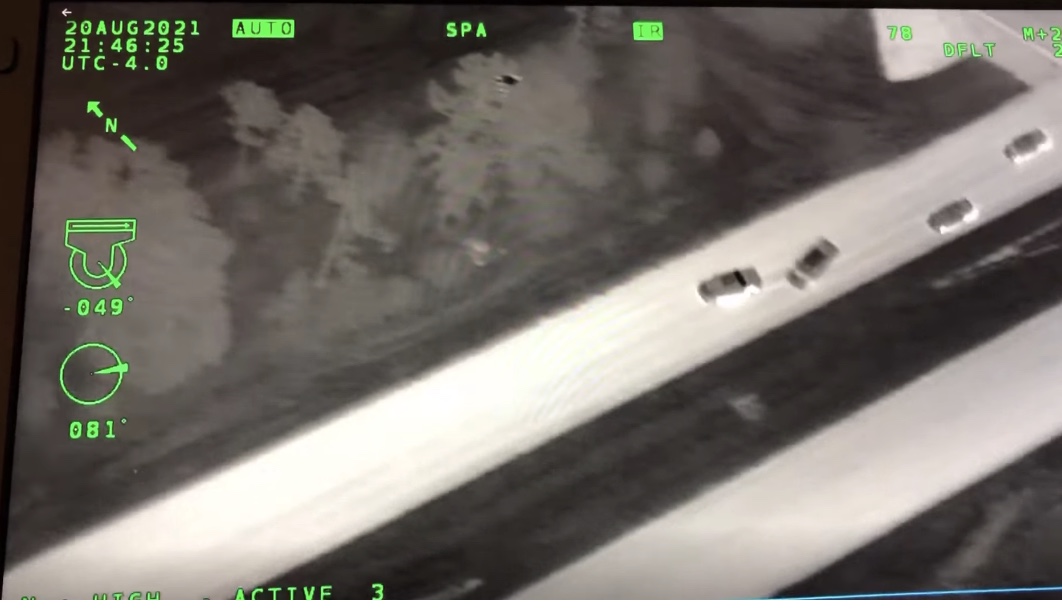 A dramatic night in South Florida began with a 911 caller who reported witnessing a shooting — and that the shooter and an accomplice were trying to drag the victim’s body into a canal.

Palm Beach County deputies set out for the location, but before they could arrive, the 911 caller told dispatchers that the gunman and his helper had changed tactics and were loading the body into a gray Ford F-150 pickup truck, according to the sheriff’s office.

The suspects fled the location, but deputies spotted the truck — with a body part visible in the bed — and gave chase, traveling some 50 miles on Interstate 95 into Martin County at speeds close to 100 mph, according to Martin County Sheriff William Snyder, WPTV reported. Deputies tried to bring the chase to an end with stop sticks, but the driver maneuvered around them, Snyder said.

The truck exited the interstate onto Martin Highway — briefly driving off the roadway entire — and that’s where a Martin County deputy executed a pit maneuver and brought the vehicle to a stop.

Inside the truck, deputies found a 17-year-old boy behind the wheel and a female passenger. Martin County deputies arrested the boy on felony fleeing and eluding charges. Palm Beach County investigators are looking into the murder of the man found in the truck’s bed and will file charges when they’ve completed their investigation. The woman was also taken into custody while the investigation is ongoing.