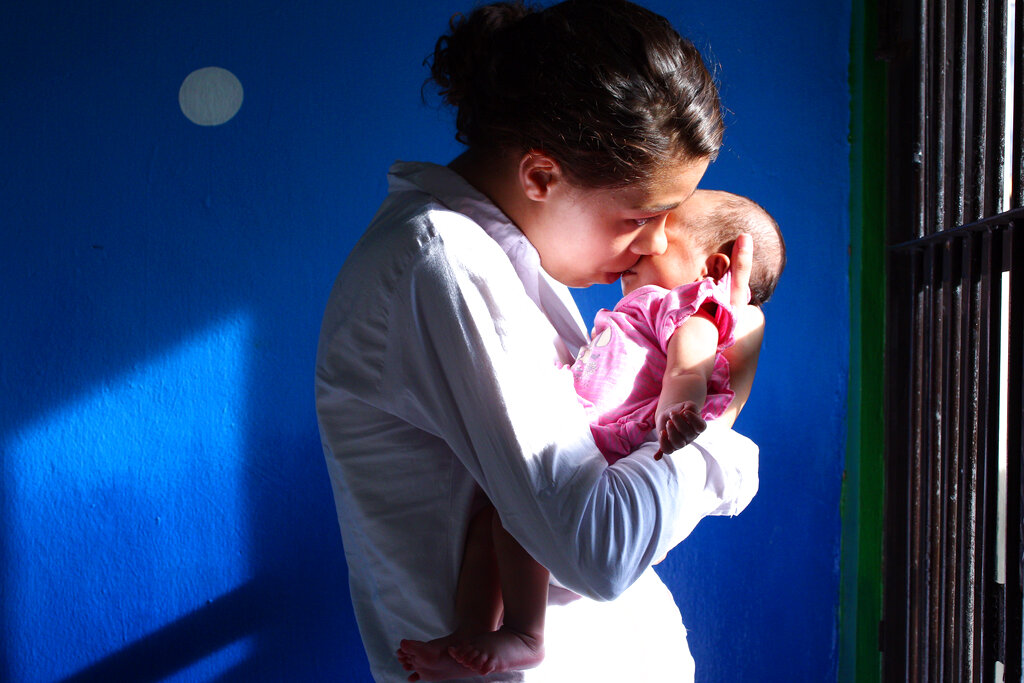 An American woman who helped murder her socialite mother at a luxury resort overseas and stuffed her in a suitcase will be released from prison later this year, but she may not be returning with the daughter she had in prison, the New York Post reports.

In 2014, 25-year-old Heather Mack was convicted by an Indonesian court of murdering her mother, 62-year-old Sheila von Wiese-Mack, at the five-star St. Regis resort in Bali.

Also convicted of murder was Mack’s then-boyfriend, Tommy Schaefer, who was 21 at the time.

Authorities say Schaefer bludgeoned von Wiese-Mack with a bowl and then he and Mack stuffed her body into a suitcase and attempted to flee the scene, only to be caught by police soon after.

Schaefer was sentenced to 18 years in prison and Mack to 10 years, but Indonesian authorities are releasing Mack early for good behavior.

Shortly after being convicted, Mack gave birth to a daughter in prison, who was later placed with a foster family in Bali.

“I could not have wished for a better family to raise her,” Mack told the newspaper. “However, it’s hard not being with her, particularly when she is sick or for important moments like graduating kindergarten.”

Mack told the Post she now has a decision to make about whether to bring the now 6-year-old girl with her back to Chicago or keep her with the only family she’s known in Indonesia.

“I am fearful and nervous of returning to Chicago,” Mack told the Post. “I’m not worried about the idea that people cannot understand the tragedy for my sake. But I’m nervous for [my daughter] Stella. I’m scared that if she comes back to the States with me, she will be exposed to what happened.”

Mack told the newspaper that her daughter does not know about the murder and wants it to remain that way.

“I absolutely regret what happened. I loved my mom — I still do,” Mack told the Post. “She wasn’t evil, and she didn’t deserve to die the way she did. I didn’t kill her for money. It was for my freedom and Stella’s freedom, or so I thought at the time. I think of her a thousand times a day.”

Mack recounted her upbringing with the Post. She had a rocky adolescence and quarreled constantly with her mother. Police reports show allegations of domestic violence, theft and Mack going missing.

In 2014, Mack began dating Schaefer, who was unemployed and striving to become a rapper. Mack later became pregnant and dropped out of school. That’s when von Wiese-Mack booked a trip to Bali in an effort to persuade her daughter to terminate the pregnancy.

However, while on the vacation, von Wiese-Mack hurt her ankle and was bedridden, so Mack flew in Schaefer, buying a $12,000 ticket using her mother’s credit card.

Amid an argument, Schaefer struck von Wiese-Mack with the bowl and beat her death. He and Mack wrapped her body in a bedsheet and stuffed it in a suitcase, which required snapping her neck.

Mack and Schaefer had previously discussed ways to kill von Wiese-Mack when they were in Chicago, considering methods such as an overdose, suffocation or hiring a hitman. Mack wanted to be free of her mother’s control, and Schaefer wanted the family’s money, which he believed might be worth as much as $11 million.

Today, Mack says she has no contact with Schaefer and wants nothing to do with him, according to the newspaper.

She has also not seen her daughter since the pandemic began, in March 2020, when prison visits were halted to help prevent spread of COVID-19.

“Out of seven years in jail, the hardest part has been the past 18 months because I have not seen Stella,” Mack told the Post. “Video-calling Stella three times a week from the prison phone is my only option. I’m grateful I can do that.”

For now, when Mack is released from prison, she plans to fly to Chicago and expects to stay with a friend. She signed over the family’s money to her daughter, who will be the sole beneficiary of $1.56 million.

“I have learned things about myself that I didn’t even know before. I like to make people laugh, and I know how to put other people before myself. I do this to the point of stupidity,” Mack told the newspaper. “I think that I am kind, and I have become a peacemaker in the jail, which is a strange thing for a murderer to say.”