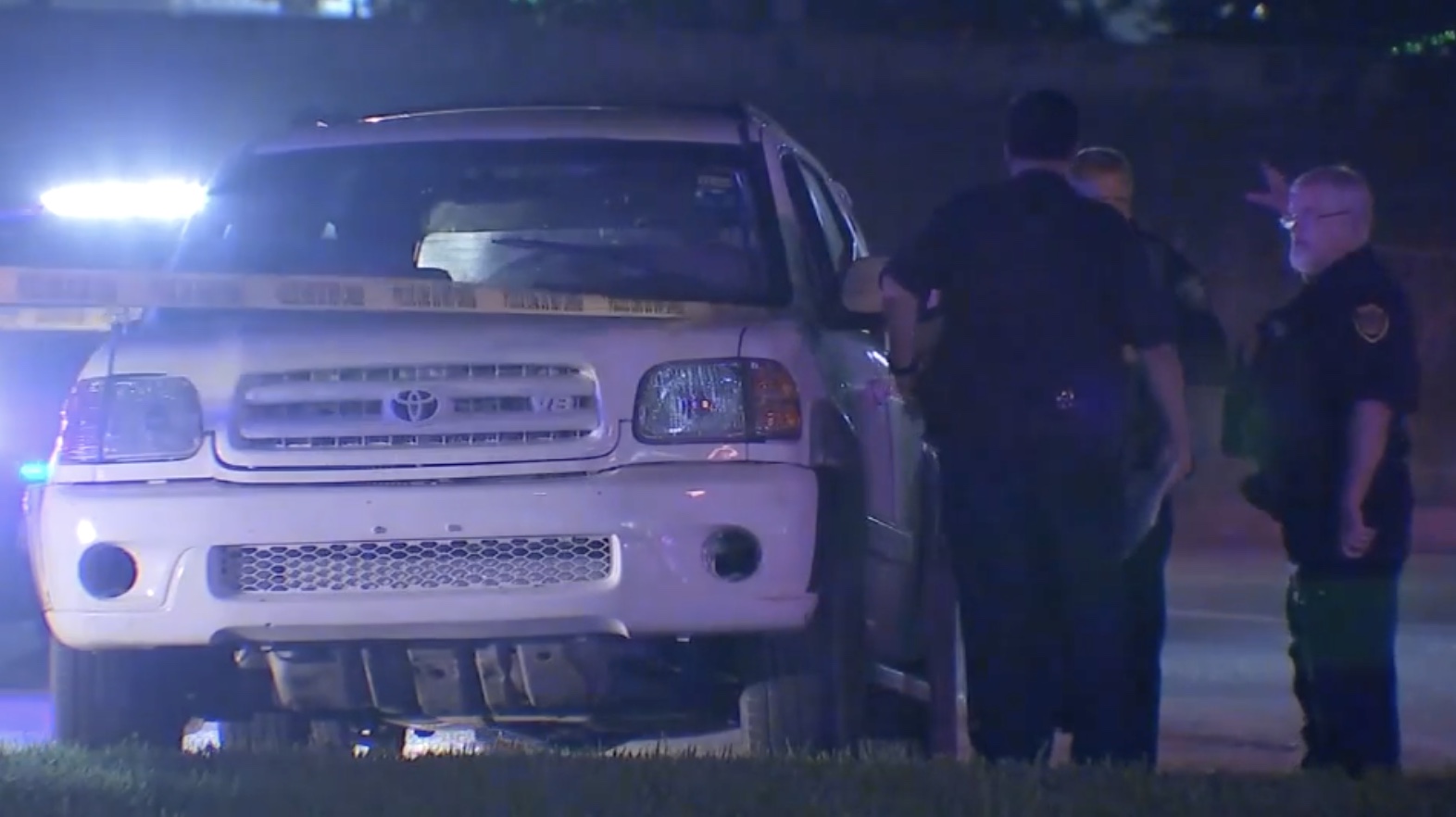 Young Sons, 8 and 6, Steer Vehicle off Texas Freeway After Dad Shot in the Head

A Texas father was shot in the head while driving along Interstate 10 in Houston Friday night, forcing his two young sons to steer their Toyota Sequoia safely off the freeway.

The father, who has not been identified, died from his injuries. The children, ages 8 and 6, were not injured, KHOU reported.

Houston Police said the incident happened at about 10:40 p.m. as the SUV was traveling east bound. A bullet flew into the vehicle and struck the man in the head; his sons later told police they thought someone had thrown a rock at the SUV.

With their father slumped over in the driver’s seat, the boys steered the vehicle off the freeway’s main lane and onto a feeder road before it came to a stop, according to ABC13, and the boys jumped out and ran for help. Police said that a woman who had just left a Chili’s restaurant saw them and called 911, and a San Jacinto Police officer who was working another job nearby came to the scene until Houston police arrived, KHOU said.

Police said they’re not sure if the shooting was a road rage incident or if the father was struck by a stray bullet. They have no information on the suspect vehicle.