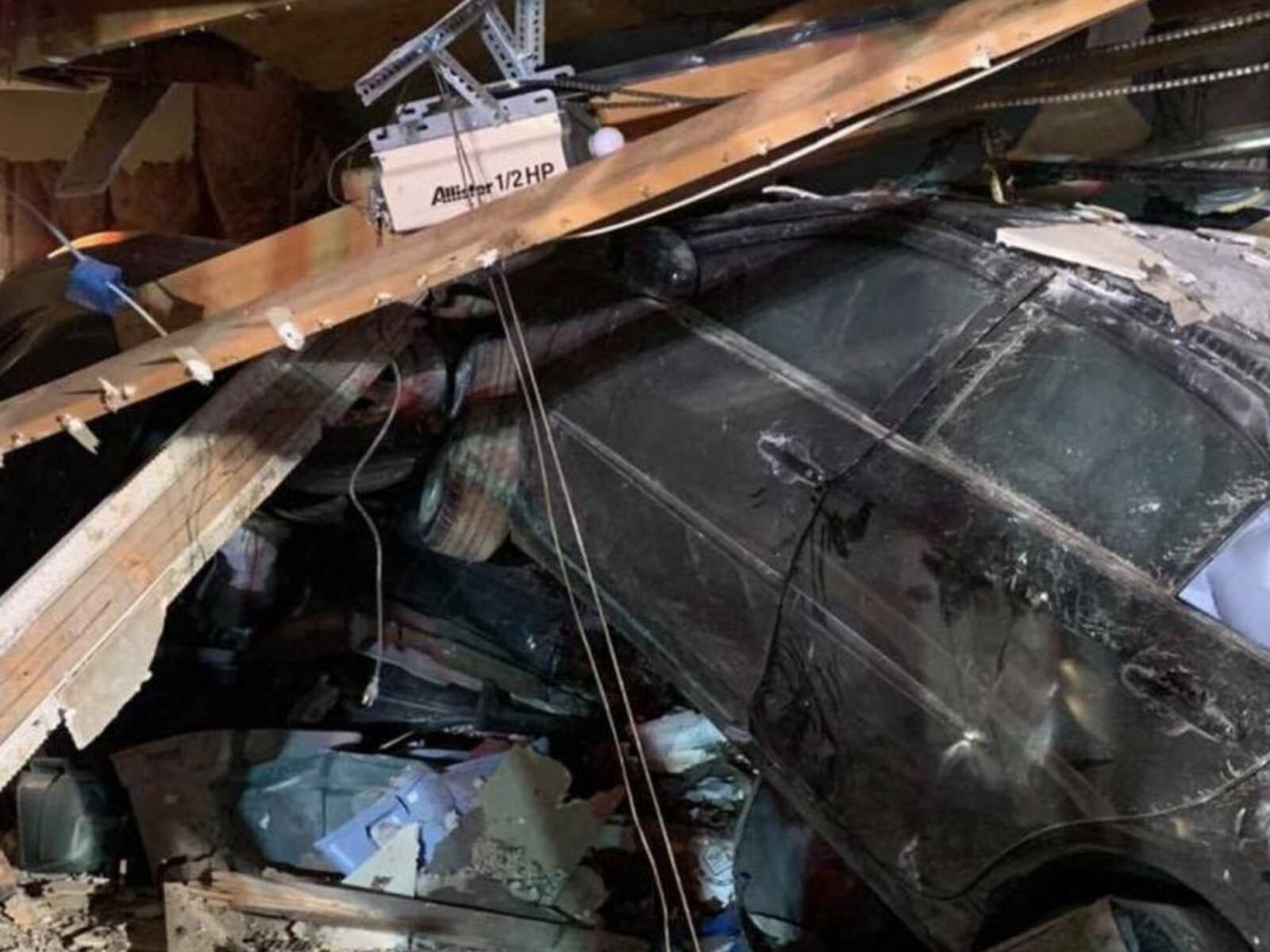 The 18-year-old son of a Pennsylvania county judge is facing multiple charges after he allegedly drove his Toyota Camry through three front yards before crashing into a home where three residents were sleeping.

Capobianco never hit the brakes as he hit a mailbox in front of one home and a shrub in front of another before going airborne and crashing into the victims’ attached garage at 91 miles per hour, according to the district attorney’s office. Capobianco’s Camry hit a vehicle in the garage and shoved it into the home’s living room, where it stopped just feet away from the bedrooms where the residents were sleeping.

Lehigh Valley Live reported that the Pennsylvania State Patrol conducted an analysis of the Camry’s data recorder to determine the car’s speeds.

Police responded to a call about a building collapse at about 3:10 a.m. on July 18 and found the Camry on top of the victims’ vehicle, its loud music still blaring. The three victims were outside and told investigators they were awakened by a loud crash.

On the way to the scene, another 911 call reported a bleeding man lying in the front yard of a home several houses down from the crash scene. That man turned out to be Capobianco, who initially told police he was beaten up before admitting he was driving the crashed Camry.

The district attorney’s office said Capobianco had a blood alcohol level of 0.121 percent, roughly 1.5 times the legal limit for adults over 21, and that toxicology reports found cocaine in his system.

Capobianco has been charged with six counts of driving under the influence and underage drinking, three counts of reckless endangerment, reckless driving, and careless driving. He has a tentative preliminary hearing scheduled for September 29. He is not in custody.