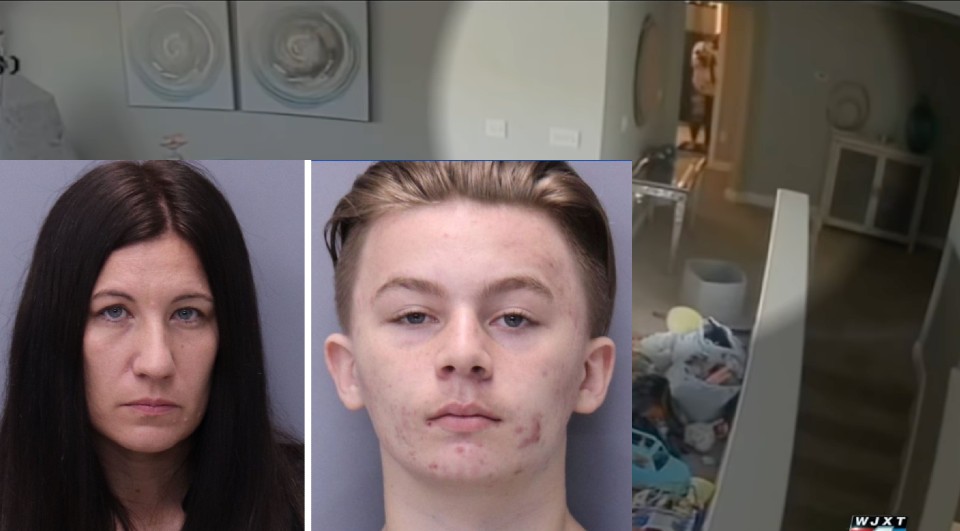 As CrimeOnline previously reported, Aiden Fucci’s mother Crystal Smith was arrested in June and charged with tampering with evidence in connection to the murder of Tristyn Bailey, 13. Fucci, 14, has been charged with Bailey’s Mother’s Day murder. Investigators believe he stabbed her to death early that morning. The former classmates had grown up in the same neighborhood but it does not appear that Fucci targeted Bailey specifically, though friends later said Fucci claimed he would kill someone in the near future.

Bailey’s body had over 100 stab wounds. Surveillance video appears to show the pair walking together early the morning of May 9; later, Fucci is seen running, alone, from the same area. Even later that morning, he is seen on camera, with his shoes in his hands, out a residence — possibly his own.

Investigators also captured footage from surveillance cameras inside Fucci’s home. In some of the footage, after Fucci’s arrest, Smith is seen washing what local reports say is a pair of her son’s jeans. It is not clear from the arrest affidavit if Fucci was wearing those jeans at the time of Bailey’s murder or if Smith only believe he was.

Fucci is expected to be tried as an adult. Both he and his mother are due in court for pretrial hearings on September 1.