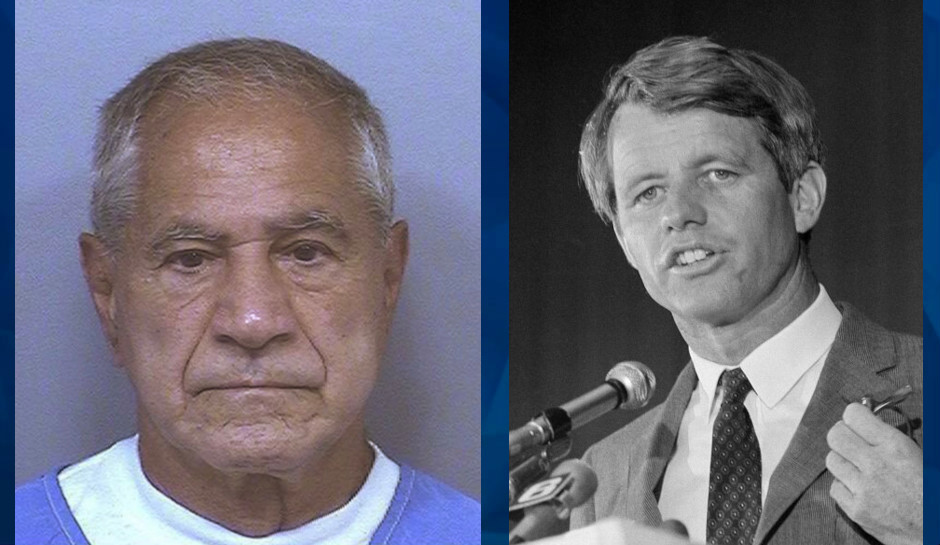 While two of Robert F. Kennedy’s children openly supported release for their father’s assassin at Friday’s parole hearing in California, six more of the late senator’s children said they would challenge the release of Sirhan Sirhan “every step of the way.”

After 15 consecutive denials, the two-panel board on Friday granted parole to the 77-year-old Christian Palestinian, who has served 53 years for Kennedy’s murder at the Ambassador Hotel in Los Angeles in 1968, just after he won California’s Democratic presidential primary, as CrimeOnline previously reported.

Former Rep. Joseph P. Kennedy II, Christopher G. Kennedy, Courtney Kennedy, Kerry Kennedy, Maxwell T. Kennedy, and Rory Kennedy said in a statement that they were “devastated that the man who murdered our father has been recommended for parole,” Politico reported.

“He took our father from our family and he took him from America,” the children’s statement said. “We are in disbelief that this man would be recommended for release.”

Kennedy’s youngest son, journalist Douglas Kennedy, spoke at Friday’s hearing, saying he was moved to tears by Sirhan’s remorse. Robert F. Kennedy Jr, who did not speak at the hearing, has previously supported Sirhan’s release and sent a letter to that regard for the hearing.

The statement from the six children made no mention of Douglas or Robert Jr.

Kennedy’s widow, Ethel Kennedy, and his oldest daughter, Kathleen Kennedy Townsend, have not spoken publicly about the decision. Two other children are deceased.

Parole Board Commissioner Robert Barton noted at the start of the hearing that other Kennedy family members, Los Angeles law enforcement officers, and some members of the public had sent letters opposing Sirhan’s release. He did not identify the family members who wrote in opposition.

The California Parole Board staff now has 90 days to review the panel’s decision before sending it to the governor, who could approve, deny, or modify the decision.