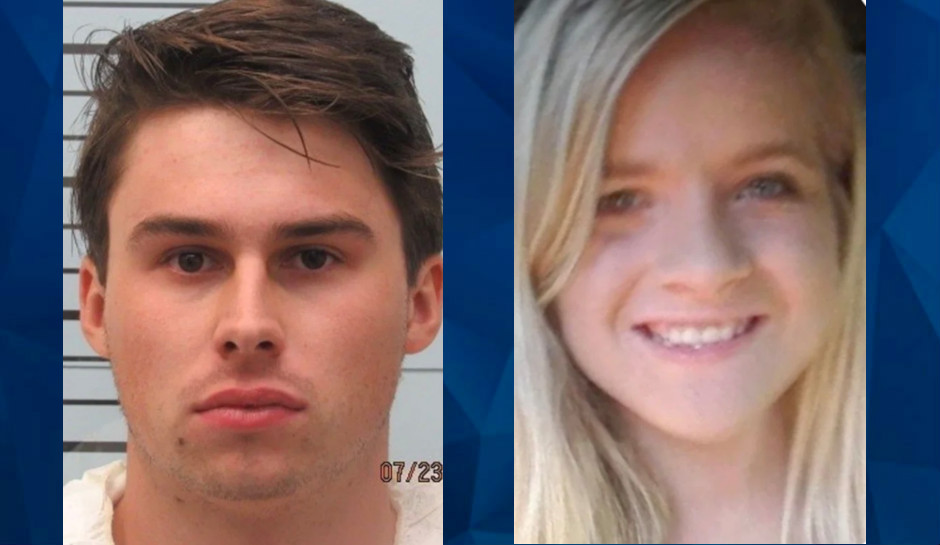 A Texas man pleaded guilty Friday to first-degree murder in the death of a college student he dated, a plea deal that lets him avoid the death penalty.

Brandon Theesfeld, 24, was accused of capital murder for 21-year-old Ally Kostial’s death in July 2019. Kostial, from St Louis, was found dead from multiple gunshot wounds at a lake in Harmontown, about 30 miles from the University of Mississippi campus in Oxford, where she and Theesfeld were students, as CrimeOnline previously reported. Theesfeld was arrested two days later at a gas station in Memphis.

Theesfeld was sentenced to life in prison but could be released when he turns 65 under a provisional release provision of the sentence, The Oxford Eagle reported.

NBC DFW reported that Kostial thought she was pregnant at the time of her death. Text messages sent by Theesfeld indicated he wanted her to have an abortion and that he met with her just four days before Lafayette County deputies found her body during a routine patrol. An autopsy, however, revealed that Kostial was not pregnant.

Assistant district attorney Mickey Mallette went over the state’s evidence during Friday’s hearing. From April 2019 into the summer, Kostial, believing she was pregnant, repeatedly asked to meet with Theesfeld, who repeatedly refused, he said. In mid-July, however, Theesfeld began requesting a private meeting.

That meeting apparently took place early in the morning on July 20, 2019, when Theesfeld’s truck was seen on surveillance footage driving toward Kostial’s home and then, 30 minutes later, traveling in the opposite direction. For the next 40 minutes, Mallette said, GPS data showed both Kostial’s and Theesfeld’s cell phones traveled through Oxford toward Sardis Lake — where Kostial’s body would be found later that day.

A resident in the area reportedly heard gunshots between 2:15 and 2:30 a.m. Just before 3 a.m., both cell phones headed back toward Oxford, and at 3:30 a.m., Theesfeld’s phone was back inside the city.

“I wish I could have kept her away from this evil, callous, scheming, ungrateful, sinister and violent and corrupt monster,” Kostial’s mother’s statement read. “He had every opportunity to do good in the world, but he chose to do evil. Brandon, you belong in jail each day for the rest of your life for the heinous act you committed to such a sweet soul in Ally. Every time your cell door slams shut may it be a reminder for what you did and the life you took from us.”

Before the end of the hearing, Theesfeld admitted killing Kostial and apologized to her family.

“I am sincerely sorry for the pain I’ve caused while taking Ally from you,” Theesfeld said. “My actions have forever changed your lives and my family’s lives. I wish I could take it all back but I can’t. There is no excuse for my actions and I have asked God for forgiveness. I hope one day that you will find it in your heart to forgive me.”