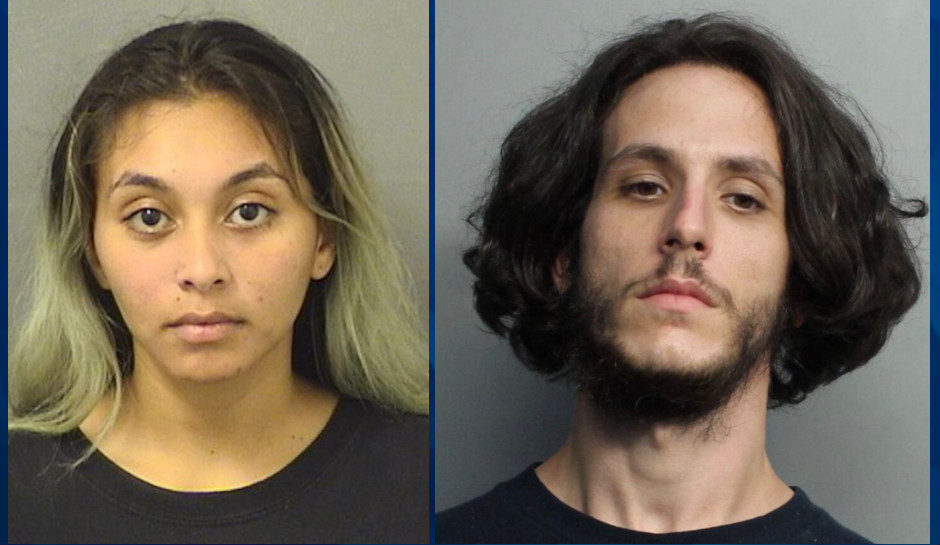 A man and a woman have been arrested in Florida after they allegedly dumped the body of the woman’s 5-year-son in a Colorado ravine and fled into Central America.

A complaint against Nickolle Cristina Aguilar, 25, and her boyfriend, Daniel Garcia, 27, says that Domenic Patrick Aguilar-Acevedo died on July 25 in a Texas hotel room, a day after Garcia allegedly threw him against a wall, WUSA reported.

The next morning, arrest records say, Garcia was seen on surveillance video  carrying “what appeared to be a lifeless body out of the room and down the stairway” before the couple left San Antonio, according to KENS.

The couple drove to Colorado and camped near Fraser, then left the boy’s body behind when they broke camp, driving south into Mexico and Costa Rica, according to the arrest warrant.

The affidavit says that Aguilar’s mother asked her about the boy on August 16, and Aguilar admitted what had happened. The mother called the San Antonio Police Department and the FBI, the warrant says.

When the FBI interviewed Aguilar, she confirmed her mother’s story and said that Garcia slammed the boy into the wall so hard that he began vomiting a dark substance and died a short time later. She said she didn’t report the boy’s death because she was afraid of losing her other children, KCNC reported.

Aguilar also reportedly told investigators that she didn’t intervene when Garcia abused the boy because “she was too eager to be in a relationship.”

Investigators found the boy’s body in a deep ravine on August 25. Aguilar and her mother were present in Colorado for the search.

An autopsy conducted by the Larimer County Coroner’s Office found evidence of trauma, and warrants were issued for Garcia and Aguilar on suspicion of injury to a child resulting in death, WUSA reported.

The two were arrested Saturday in Florida on warrants from the FBI.