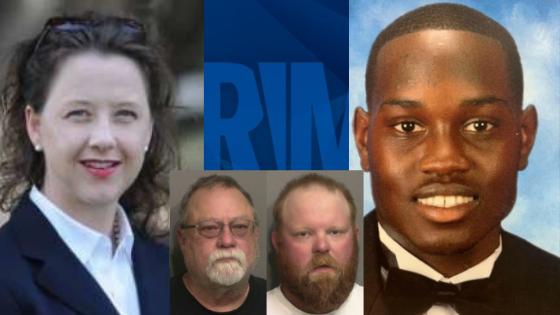 On Thursday, a former Georgia prosecutor was indicted on misconduct charges for allegedly using her position to protect the father and son who are currently charged with Ahmaud Arbery’s February 2020 murder.

Former Brunswick Judicial Circuit District Attorney Jackie Johnson was charged with violating her oath of office and hindering a law enforcement officer. While Johnson immediately recused herself from Arbery’s case due to her office’s link to Gregory McMichael, she instructed Glynn County police not to arrest Gregory’s 34-year-old son, Travis — who shot Arbery, 25, three times at close range, according to The Brunswick News.

Gregory McMichael, 64, was an investigator for the Glynn County District Attorney’s office for 24 years until retiring in May 2019. Nine of those years were spent working for Johnson.

According to the grand jury, on the day of the shooting Johnson asked Waycross District Attorney George Barnhill to provide legal guidance to Glynn County police. After refusing herself, she allegedly recommended Barnhill to take the case — without disclosing their prior correspondence.

Attorney General Chris Carr said he did not know of Barnhill and Johnson’s conversations when he reassigned Arbery’s case to Barnhill.

When Carr reassigned the case, he was reportedly also unaware of Barnhill previously advising Glynn County police that the shooting appeared to be self-defense which had occurred during a citizen’s arrest, according to The Brunswick News.

The McMichaels, along with William Bryan Jr., 50, are charged with malice and felony murder in Arbery’s shooting death. Bryan allegedly filmed the father and son fatally shooting Arbery as he jogged in Brunswick.

Gregory McMichael allegedly said that Arbery resembled a suspect in a series of recent burglaries in the Satilla Shores neighborhood. However, police said the only recent break-in was on January 1, 2020, when a 9mm pistol was reportedly stolen from an unlocked truck outside the McMichaels’ home.

Meanwhile, Bryan claimed he was solely a witness but authorities alleged he used his vehicle to confine and detain Arbery in the minutes leading up to his murder.

The three murder suspects remain jailed without bond. Jury selection is scheduled to begin on October 18.