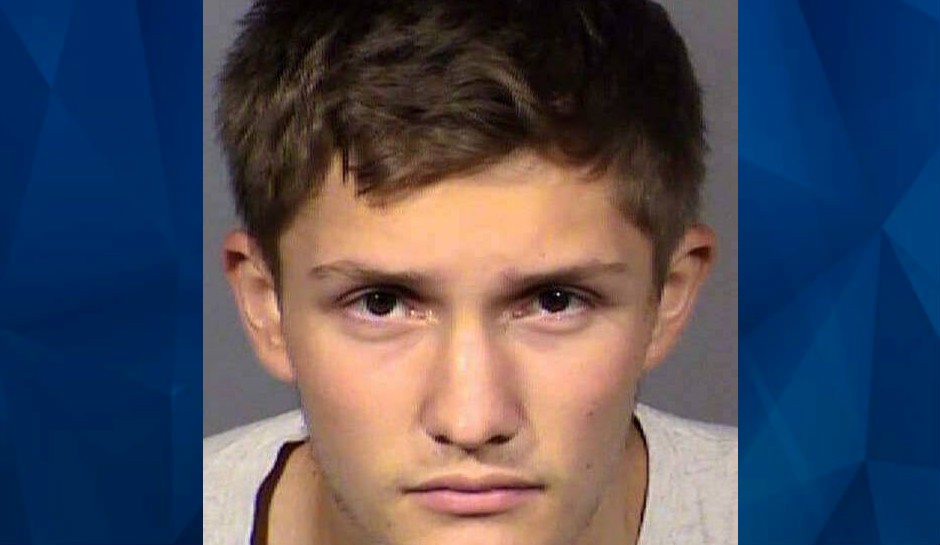 by Jonathan Anderson, Journalist
312 Shares Tweet
A Nevada teen allegedly left school, broke into a random home outside Las Vegas, murdered a man and then returned to school, KLAS-TV reports.

The bizarre killing has left the father of a young boy dead and a family searching for answers.

Authorities allege that on August 27, 16-year-old Ethan Goin forced his way into the home of Vergel Guintu, 48, in Summerlin, Nevada.

The break-in occurred around 10 a.m., when Guinto’s wife and mother in law told police they heard a noise.

Guinto, who had recently returned to the home after dropping off his 9-year-old son at school, went to investigate the noise, and that’s when Goin allegedly stabbed him.

Moments later, Guinto’s mother in law saw an intruder dressed in all black and wearing a mask run past her and escape through a window, KVVU-TV reports. She then observed Guinto lying on the floor in a pool of blood.

Police officers who arrived on scene did not know whether the intruder was still in the residence, and moved Guintu to a nearby home. He was later pronounced dead.

In the course of investigating the attack, police talked with a neighbor who said they saw a white male with blonde hair wearing all black walking near the crime scene. The neighbor said this person also had red marks on his arm and had put something in a backpack. Police later determined that the male got into a rideshare vehicle, and identified him as Goin.

When police first spoke with Goin, they saw he had blood on his boots, according to the report. He subsequently ran off and was found hiding inside a parking structure at a local hospital, where police arrested him.

Goin told officers that he had been bullied earlier in the day and left school, according to KVVU-TV. He allegedly hopped a wall at Guintu’s home and stayed “in the backyard of the house for some time,” the television station reports.

The rest of the attack was “a blur,” Goin told detectives, according to KLAS-TV.

The suspect then stopped at home and returned to school, at one point passing the crime scene.

In Nevada, the cases teenagers age 16 and older when they are charged with murder are processed in adult court.