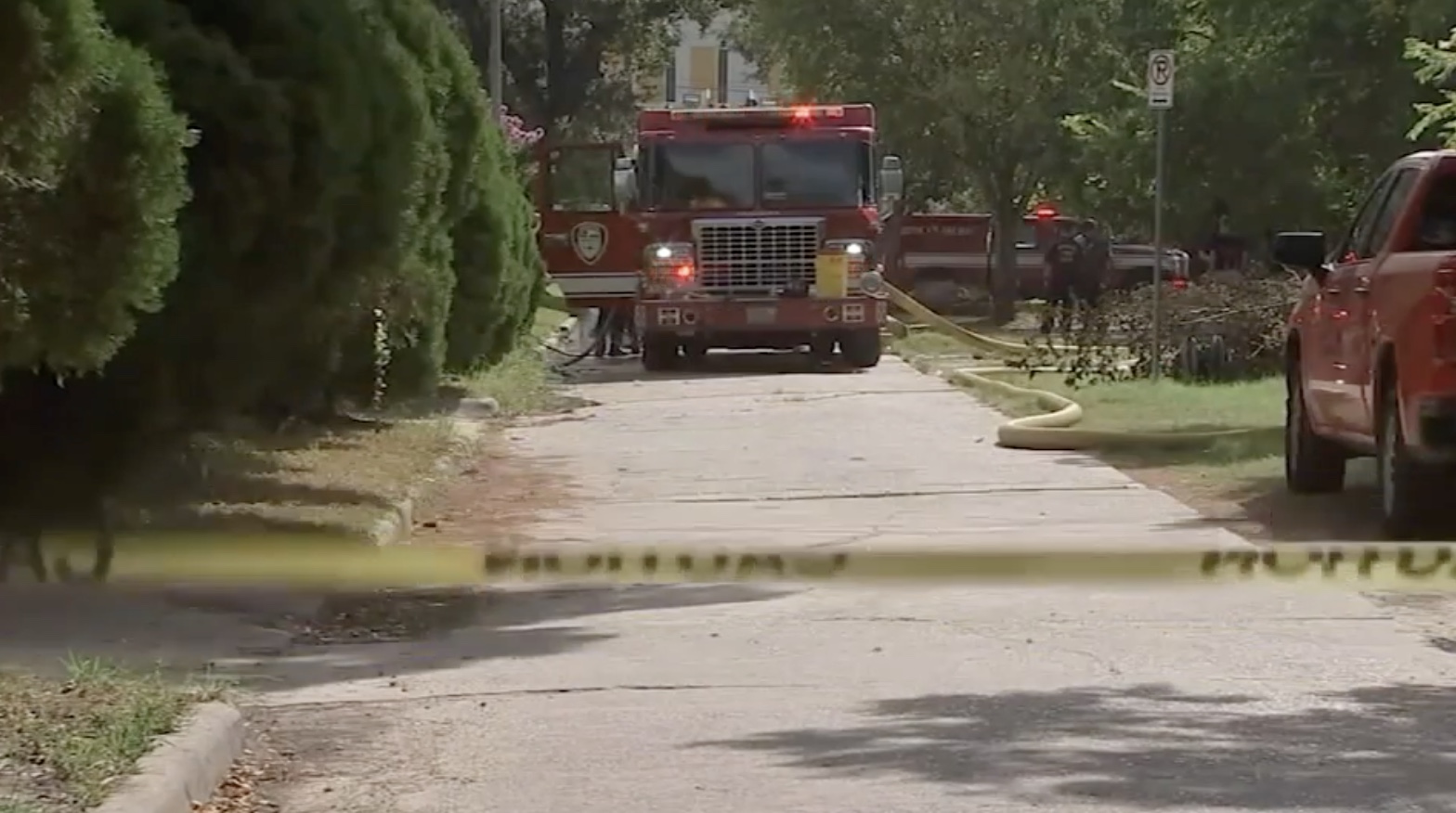 Firefighters found a man, a woman, a boy, and a girl with gunshot wounds dead inside a southwest Houston home on fire Sunday morning.

Fire crews were called to the scene just after 8 a.m., the station said, and knocked out the fire shortly after they arrived.

Police have not yet identified the victims, but investigators say there were no signs of forced entry. They believe the deaths were the result of a domestic violence incident.

Houston Police Chief Troy Finner said he believed a suspect was on the run but didn’t provide any details.

“If they’re looking, they know who they are,” he said. “The best thing to do is to turn yourself in.”

The chief said, however, that investigators haven’t ruled anything out, including murder-suicide. At the same time, he commended citizens on the street for providing information to detectives.’

Asked if he thought the fire was a cover-up for murder, Finner said he was “not sure” but added that using fire to destroy evidence was not unusual.

“When anybody dies in our city, it upsets us,” he said. “But when it’s innocent kids, it’s even more upsetting.”