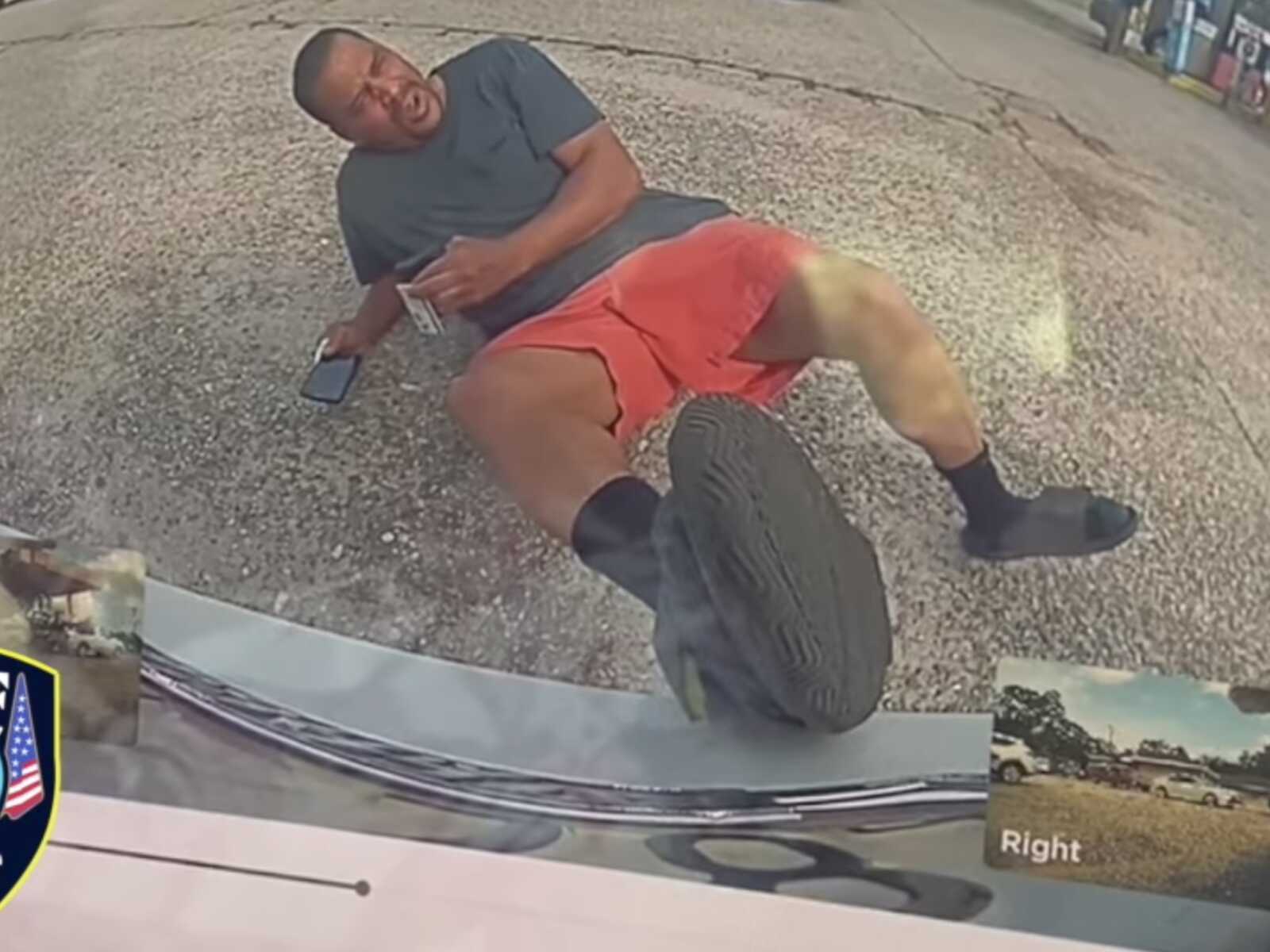 SEE IT: Louisiana Man FAKES Getting Hit by Reversing Tesla

A Louisiana man has been charged with making a false report after he accused a Tesla driver of backing into him at a busy gas station and fleeing the scene.

The Tesla, however, recorded Arthur Bates Jr faking the incident.

Slidell police said they responded to the gas station at about 4 p.m. Friday after Bates, 47, called to report the incident.

“Bates was complaining of back, leg and neck injuries, resulting in an ambulance and fire truck to be dispatched to the location,” police said.

Officers located the Tesla and its driver, who showed them the video of the incident.

In the footage, Bates walks across the parking lot from the pumps — far from the Tesla — but then comes up and pauses just off the left rear fender of the vehicle. The Tesla starts to back up, and stops. Bates steps into the back bumper and falls, apparently pretending to be in pain. Another person — presumably the driver of the Tesla — steps into view and removes Bates’s foot from the bumper, then drives away.

Slidell police said after officers saw the video, “it became apparent that Bates was lying and staged the entire event.”

Police said Bates admitted making up the incident and was arrested and charged with false swearing with the intent to cause an emergency response.