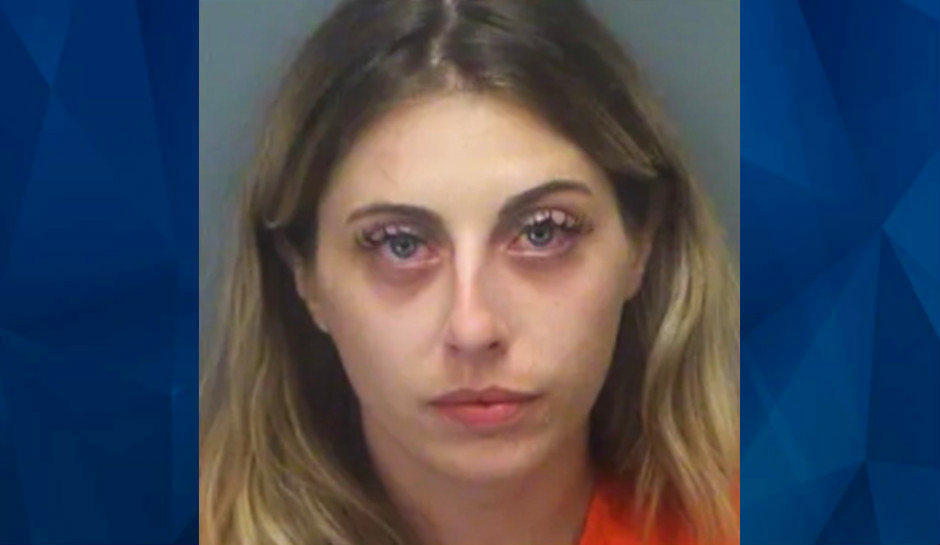 A naked woman drove a golf car through a the scene of a tense Florida standoff between Pinellas County deputies and an armed man on Sunday night.

The Pinellas County Sheriff’s Department said it had been called to the scene in Dunedin shortly after 8 p.m. on a report of three suspicious males in the neighborhood. When they arrived, one of them — identified as Myles Abbott, 18 — fled from the deputies, fired his gun at citizens, and eventually climbed to the roof of a residence.

Police said he also managed to shoot himself in the thigh.

Deputies in a helicopter spotted Abbott and told their compatriots on the ground where he was, that he had a gun, and was pointing it at deputies on the ground.

At about midnight, as deputies were setting up a perimeter around the house, a golf cart drove onto the scene, Fox 13 reported. At the wheel of the cart, a woman later identified as 28-year-old Jessica Smith of Roxbury, Massachusetts, drove toward the home where the standoff was taking place, ignoring commands from deputies to leave the area.

Deputies stopped the cart and, when Smith refused to get out, deputies took her out and handcuffed her. An arrest affidavit said that deputies noticed “a distinct odor of an alcoholic beverage coming from her person, and she was completely nude.”

“The defendant’s actions and inability to follow directions put multiple deputies at risk for potentially getting shot at,” investigators said in the affidavit.

Smith was arrested and charged with resisting an officer without violence. She was arraigned on Monday and released on her own recognizance, according to jail records.

Meanwhile, deputies tried to negotiate Abbott’s surrender, but he refused, the sheriff’s office said. A SWAT team and a negotiator response team were also unable to convince him to surrender, as was his sister, brought in to attempt to speak with him.

After about six hours, deputies uses “specialized equipment and bean bag rounds” to force Abbott off the roof and take him into custody. He was transported to a hospital for treatment of the gunshot wound and transported to jail upon his release.

Abbott was charged with loitering and prowling, two counts of aggravated assault of a law enforcement officer, two counts of aggravated assault, felon in possession of a firearm, carrying a concealed firearm, resisting an office without violence, and grand theft of a firearm. He also had a warrant for vehicular homicide. He remains behind bars without bond, according to jail records.