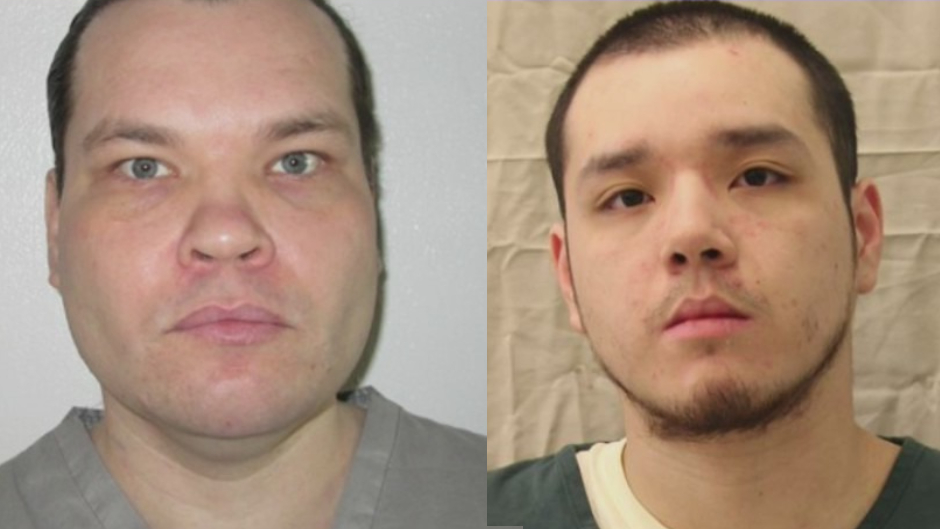 On Monday, an Oklahoma prison inmate who is serving multiple life sentences for sex-related crimes allegedly murdered his cellmate — a convicted child killer.

According to reports, in 2011 Stone broke into a family’s Comanche County home and beat and raped them in a hostage ordeal that lasted for several hours. Stone also fatally shot the family’s dog and threatened one of the victims’ 6-year-old daughters.

Stone ultimately pleaded guilty to 15 criminal counts, including rape, sodomy, robbery, kidnapping, and cruelty to animals. He was sentenced to serve 14 life sentences concurrently; two of which were life sentences without the possibility of parole.

In 2012, Walker was sentenced to life in prison without parole for killing his 14-month-old daughter, who was found dead in her bedroom with blunt force trauma to her head. The girl had been dead in her bed for several hours before emergency crews were called. The Oklahoman reported at the time that Walker’s daughter had a 4-inch skull fracture and bruising all over her body.

Officials have not yet disclosed a motive in Monday’s slaying, but the Department of Corrections said it does not appear to be related to last week’s rash of gang-related incidents that led to lockdowns at all Oklahoma prisons.

It is not immediately clear what charges Stone is facing for Walker’s slaying.