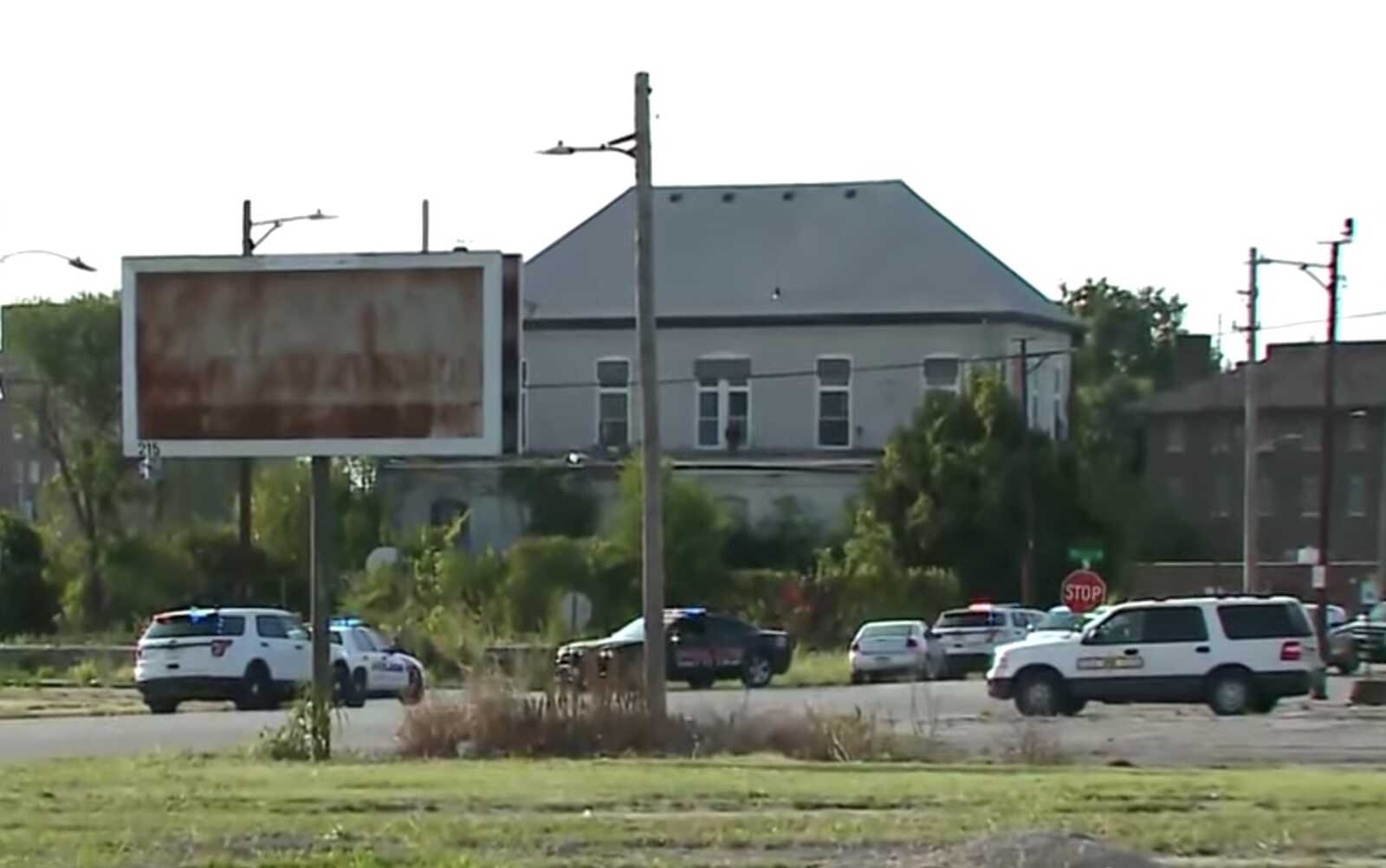 Police in East St Louis are looking for three suspects who crashed into a MetroLink train while trying to flee a shooting a few blocks away that left as many as 12 people wounded.

The St Clair County Sheriff’s Office said suspects drove around crossing guards and tried to beat the train at a crossing but were unsuccessful. The suspects reportedly fled into a wooded area nearby, KMOV reported.

At least six people have been taken to St. Louis University Hospital from the shooting, KSDK said.

MetroLink officials told KMOV that about 10 passengers on the train were being evaluated for injuries and train service between the 5th and Missouri and Emerson Park stations had been halted. Shuttle busses were transporting passengers between the stations, but delays of up to an hour were expected.

No more information was immediately available.