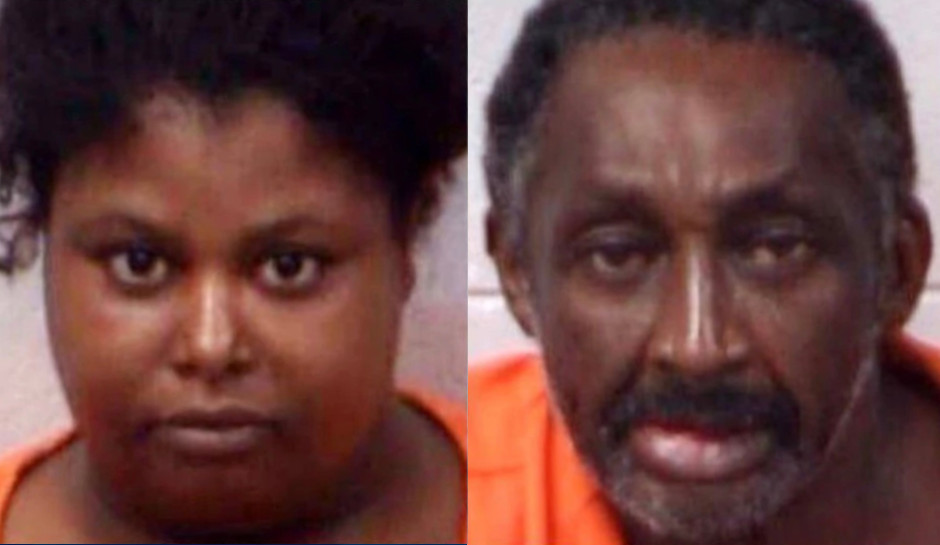 An east Georgia couple has been charged with killing their landlord when she came to collect the rent.

Swainsboro police had stopped by the home where Nathaniel and LaShawna David lived looking for Conney Faye Mercer-Webb early Wednesday evening, and the Davids told them she had come by for the rent and left earlier in the day, WRDW reported.

While officers headed down the street, Webb’s son, who had been nearby, shouted at them that the Davids were taking his mother’s body out of the home.

According to police, officers spotted Nathaniel David running from the home and gave chase, eventually catching him and his wife.

Webb’s body was found at the back of the home, police said, and she had been shot and stabbed.

“It became apparent to officers on scene that the suspects, now in custody, were attempting to dispose of the body when they were observed by the victim’s son,” police said in a news release.

The investigation determined that Webb, 53, was killed between 9:30 a.m. and 10 a.m., Swainsboro Police Chief Randy J. Ellison said, although police weren’t aware of a problem until about 6:30 p.m. when they were called about a vehicle driven off the edge of a road toward a wood line.

Detectives learned the abandoned vehicle belonged to Webb, and when they contacted her family, they learned she’d been missing all day. Officers began going door to door and were directed to the nearby home the Davids rented from Webb.