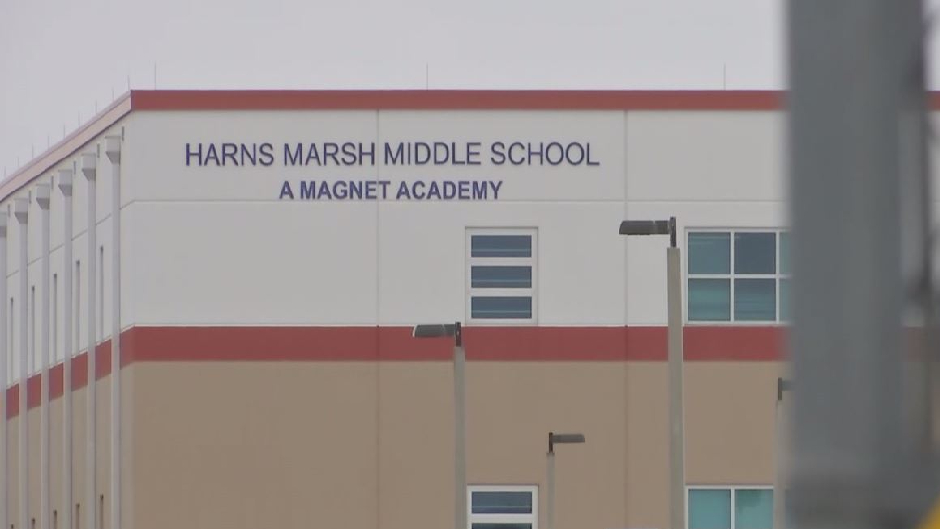 Two Florida teens were arrested on Thursday, after authorities reportedly learned they were planning to carry out a mass shooting at their middle school.

The Lee County Sheriff’s Office said during a press conference that a student at Harns Marsh Middle School told a teacher that one of the two boys, ages 13 and 14, had a gun in their backpack. The tip was forwarded to the school resource officer and administration.

Sheriff Carmine Marceno said police officers did not find a gun in the students’ backpacks — but they did recover a map of the school with the locations of the surveillance cameras marked. The teens were allegedly in the process of learning how to make pipe bombs and purchase firearms on the black market.

According to Marceno, the pair was obsessed with the 1999 Columbine High School shooting in Colorado, where seniors Dylan Klebold and Eric Harris killed 12 students and a teacher before taking their own lives.

The News-Press reported that police searched one of the boys’ homes on Thursday and discovered a gun and several knives. Marceno noted that they responded to that home on 80 previous instances, but he did not reveal what those calls entailed.

The 13- and 14-year-old boys, who are charged with conspiracy to commit a mass shooting, are reportedly being evaluated at a mental health facility.