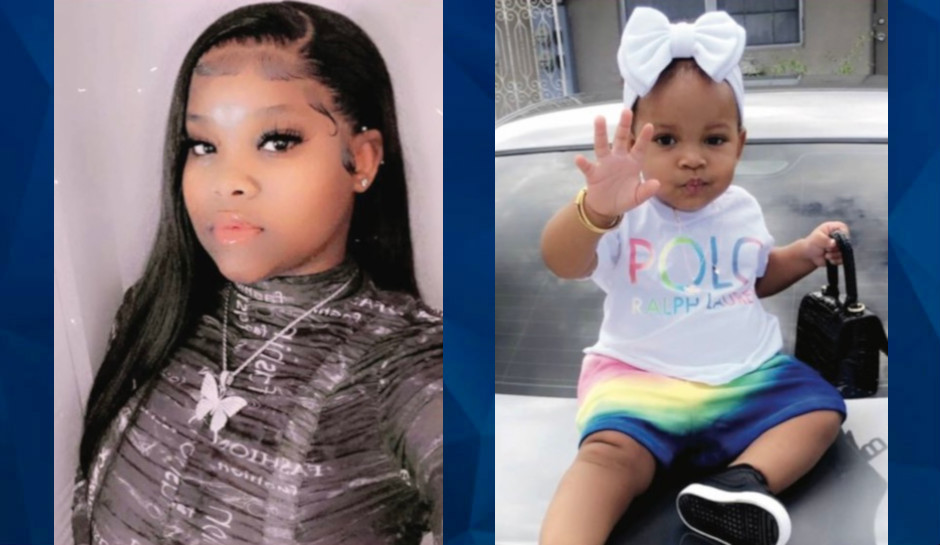 A 20-year-old Florida woman was shot to death in a car and her 1-year-old baby left to die near Lake Ellenor, the Orange County Sheriff’s Office said Saturday.

Sherif John Mina named Doujon Duwayne Griffiths, 21, as a person of interest in the deaths of Massania Malcolm and her daughter, Jordania, WKMG reported.

Investigators said the two had been in the car for several days, and the baby likely died from heat. An autopsy has not yet been completed.

“In other words, this suspect allegedly left that baby to die in that car,” Mina said.

The investigation began on Tuesday morning when deputies responded to a call about a shooting and found a man in his 20s who told them a friend shot him multiple times. The man was taken to the hospital for surgery with critical injuries.

A family member of that man contacted police on Thursday, Mina said, reporting that they had been unable to contact Malcolm, who was the man’s girlfriend, and her baby. The shooting victim later regained consciousness after surgery and told deputies he had been in the driver’s seat of a car when he was shot, and that Malcolm, the baby and Griffiths — a friend who had been staying with them — were also in the car.

The shooting victim told police he believed Malcolm had been shot as well and that Griffiths then drove off with her and the baby, Mina said.

“This is a horribly tragic case that has shattered two families,” he said.

Mina said investigators have obtained a warrant for Griffiths for attempted murder for the shooting of the man and are looking strongly at him for the deaths of Malcolm and the baby.