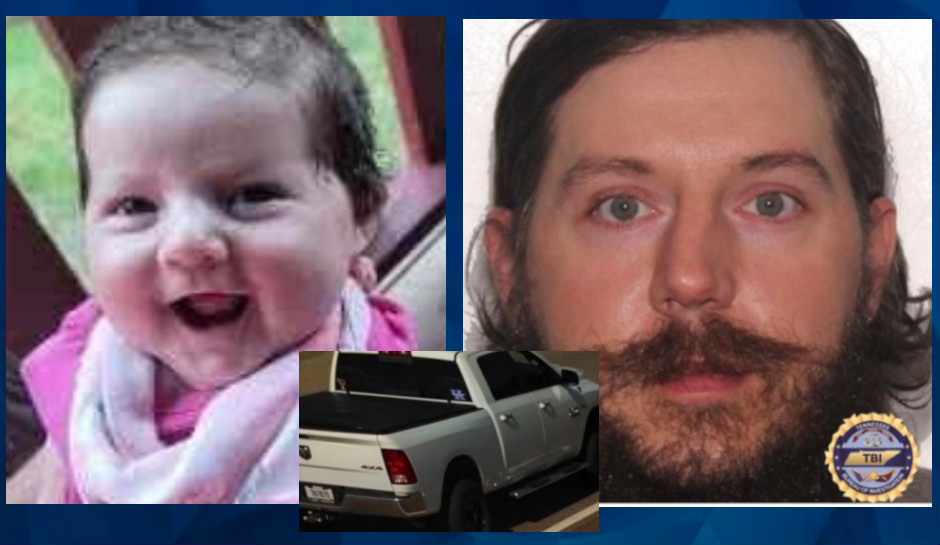 Missing, Endangered Tennessee Tot Believe To Be in Eastern Kentucky

An 8-week-old baby girl from Jefferson County, Tennessee, is missing and believed to be in the Corbin, Kentucky, area.

The Tennessee Bureau of Investigation issued an endangered child alert for Zolliee Jean Standafer on behalf of the Jefferson County Sheriff’s Office.

Zolliee has a medical condition, TBI said, and may be with 37-year-old Travis Wayne Standafer.

TBI described Zolliee as 22 inches long and 12 pounds, with brown hair and blue eyes. She was last seen wearing a white onesie with gray stripes, pink pants, and a white shirt.

Travis Standafer is wanted by the Jefferson County Sheriff’s Office and is described as 5 feet 8 inches tall and 140 pounds, with brown hair and green eyes. He was last seen wearing a red shirt and blue jeans.

They’re believed to be traveling in a white Dodge 2500 pickup truck with Kentucky tag number 787879. the Truck has a UK sticker on the rear passenger window.