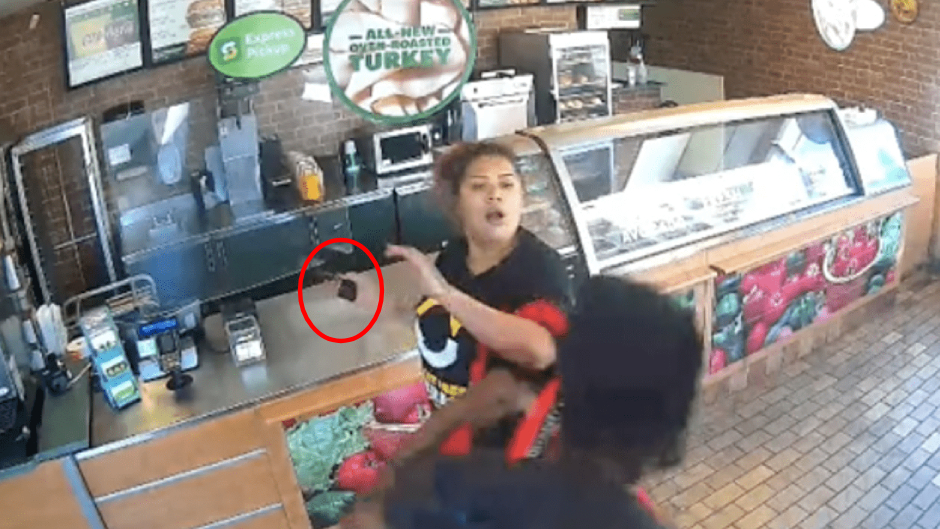 An Illinois woman was allegedly suspended from her job working at Subway for fighting off an armed robber who violently tried to take her purse.

Surveillance footage that was posted to TikTok on Wednesday appears to show Subway employee Araceli Sotelo fighting the suspect while behind the counter. Sotelo is heard screaming for the man to stop and not to take her purse before fighting the man and taking his gun.

The armed robber was filmed dropping his gun during the scuffle, prompting Sotelo to pick it up and smack him with it.

According to WTVO, the incident unfolded on September 5 at a Subway store in Rockford. Sotelo told the news outlet that she was working alone when the armed man came in demanding money. Sotelo claimed she said she did not have any money, to which the man allegedly responded, “give me everything before I hurt you.”

Sotelo, who posted the video on TikTok — where as of Monday it has amassed nine million views —  told WTVO that she was not the person who originally leaked the footage. Despite this, Subway reportedly informed her that she will remain suspended from her job until all traces of the footage is removed from the internet.

But, as Sotelo explained, it is not possible.

“They wanted to be private that it happened to me and that I fought back, but I think they did that because they do not want corporate to know,” she told the news outlet.

Police told WTVO that their investigation is ongoing and the video has been logged into evidence. Subway has not publicly commented on the incident involving Sotelo or her reported suspension.