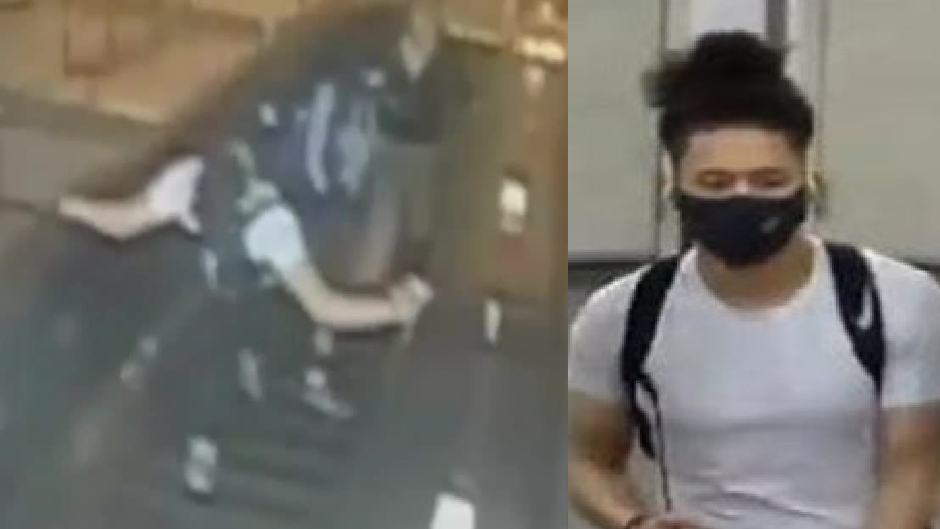 Police in New York are searching for a man who allegedly kicked a woman down an escalator on Thursday in an unprovoked attack.

The 32-year-old told the New York Daily News that she was en route home when she was assaulted at the Atlantic Ave.-Barclays Center subway station. The unidentified woman claimed her attacker was a complete stranger, and that he kicked her down the escalator after she told him to “say excuse me” because he bumped into her.

“I did say ‘excuse me,'” the man allegedly uttered before kicking the victim in the chest, causing her to fall.

“This was more than stairs. Escalators are spiky and moving. They’re bigger and sharp,” the woman, who wished to remain anonymous, told the Daily News. “All over my body. I’m covered like I was clawed by a tiger.”

The suspect reportedly fled the station. The victim said she declined immediate medical treatment because she wanted to go home to her 9-year-old child and family. However, she told the news outlet that she suffered a sprained left ankle, an injured right knee, and open lacerations; suggesting she was eventually evaluated.