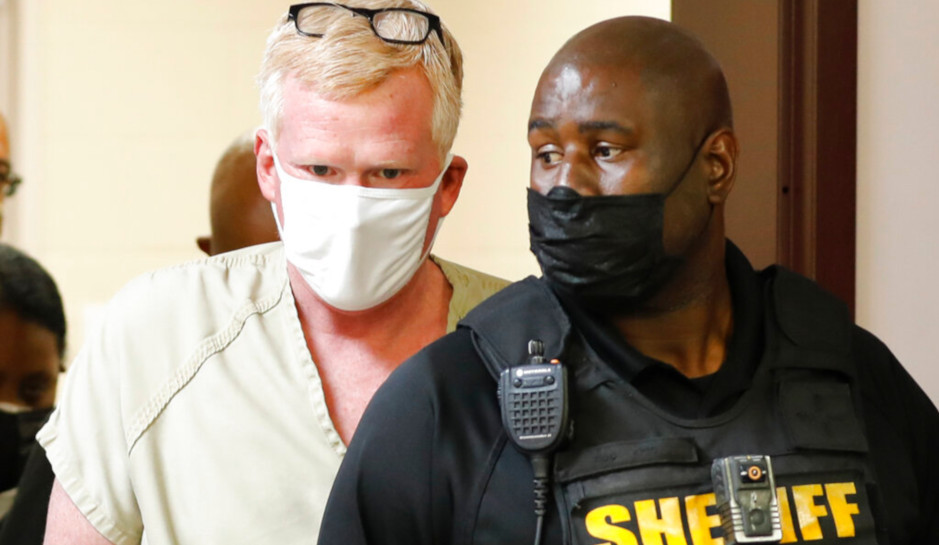 Embattled South Carolina legal scion Alex Murdaugh appeared in court Thursday afternoon on charges that he paid a former client to kill him so his son could collect a $10 million insurance policy.

Murdaugh turned himself in late Thursday morning after the State Law Enforcement Division announced it had charged him with insurance fraud, conspiracy to commit insurance fraud, and filing a false police report related to his shooting on September 4, as CrimeOnline previously reported.

According to affidavits released by SLED, Murdaugh provided Curtis Smith, 61, with a firearm and instructed Smith to kill him by shooting him in the head. Murdaugh admitted to the plot on September 13, and told SLED he planned to have Smith kill him “for the purpose of his son collecting a life insurance policy valued at approximately ten million dollars.”

Murdaugh, however, suffered only a minor injury in the shooting and was released from the hospital after two days. On his release, he announced he was entering rehab for an unnamed substance abuse problem.

Smith, who was once represented by Murdaugh’s former law firm in a personal injury lawsuit, was arraigned Thursday morning on charges of assisted suicide, assault and battery of a high aggravated nature, pointing and presenting a firearm, insurance fraud, and conspiracy to commit insurance fraud. He was released after posting a $55,000 bond, although he reportedly requested a public defender, the New York Times reported.

Murdaugh, wearing a Hampton County Detention Center inmate uniform, wept as his attorney, Dick Harpootlian argued for his client’s release, saying, “the only person he’s a danger to is himself.”

“The only violence he’s ever been involved in is this, which was to have himself executed,” Harpootlian said.

The judge ordered Murdaugh to surrender his passport and sign a waiver of extradition before releasing him on a $20,000 personal recognizance bond. He will be at a rehabilitation center out of state, obtaining treatment for an opioid addiction.

Murdaugh, whose family has built a legal powerhouse in South Carolina’s Low Country for a century, has suffered an unprecedented “fall from grace,” his attorney said in court. His great-grandfather started the law firm that forced Murdaugh out — for alleged misuse of funds — the day before the attempted suicide. His great-grandfather, grandfather, and father also served as the prosecutor for a five county area, and Murdaugh himself was a volunteer prosecutor in that office until earlier this week when the office announce he was barred from prosecuting cases. And hours after that announcement, the South Carolina Supreme Court suspended his law license.

Murdaugh’s plan to have Smith kill him followed the shooting deaths of his wife, Maggie, and younger son, Paul, on June 7. At the time, Paul was awaiting trial on charges that he drunkenly crashed into bridge pilings in his father’s boat in 2019, killing 19-year-old Mallory Beach. Alex Murdaugh and his other son, Buster, are defendants in a wrongful death suit filed by Beach’s mother.

Murdaugh had faced scrutiny over his involvement in the investigation into the boat crash, with some alleging that he had wielded his considerable influence to protect his son. The scrutiny afforded that investigation has also prompted SLED, which is investigating the murders of Maggie and Paul Murdaugh, to take a closer look at the death of long-time Murdaugh housekeeper Gloria Satterfield in 2018.

Satterfield reportedly tripped and fell at the Murdaugh estate, suffering a traumatic brain injury that killed her. Murdaugh agreed to a $500,000 wrongful death settlement — negotiated by his own best friend on behalf of Satterfield’s sons, who said this week they received no money from the settlement. The sons filed suit on Wednesday over the lack of payment.

SLED has announced no suspects in the murder and provided little information about its investigation into any of the cases it’s investigating, which includes the misuse of funds at Murdaugh’s now former law firm as well as the murders of Maggie and Paul Murdaugh.

SLED Chief Mark Kiel, however, said in a statement that “I can assure you that SLED agents will continue working to bring justice to anyone involved with any criminal act associated with these ongoing investigations.”

“The arrests in this case are only the first step in that process.”

Murdaugh’s next court date is October 25.