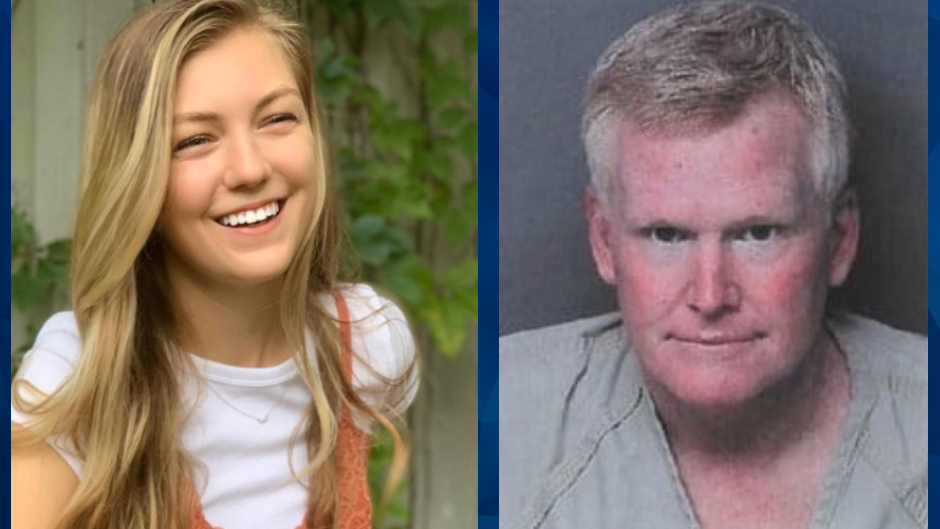 “Did anyone notice in court that there was no big bandage on his head?” Grace asked.

Grace is referring to Murdaugh, 53, who appeared in court on Thursday amid allegations that he had an ex-client attempt to fatally shoot him so his serving son would receive a $10 life insurance payout.

On September 4, Murdaugh called 911 and said he had been shot in the head in rural Hampton County, South Carolina. A day earlier, he resigned from his family law firm amid allegations he misappropriated funds. Two days after the shooting, Murdaugh said he was entering rehabilitation for drugs.

“Do you know Murdaugh went so far as to work with a composite sketch artist to draw a composite of a ‘shooter’ that didn’t exist? And law enforcement smelled a fish at the get-go and wouldn’t release it,” Grace pointed out.

Authorities now believe that the embattled lawyer’s had his ex-client, Curtis Edward Smith, 61, shoot him so his surviving son would receive a $10 million life insurance payout. Both men were arrested in connection with the alleged plot.

Murdaugh was charged with insurance fraud, conspiracy to commit insurance fraud, and filing a false police report. He is currently free on a $20,000 bond while he undergoes rehabilitation in another state.

Grace also weighed in on the ongoing disappearance of Gabrielle Petito, 22, who vanished late last month during a cross-country trip with her boyfriend, Brian Laundrie. The pair reportedly embarked across the country in a converted camper van, stopping at national parks in Utah and Colorado along the way.

Grace spoke on Fox News about police bodycam footage from August 12 — approximately two weeks before Petito’s disappearance — that captured the aftermath of an altercation between Laundrie and Petito in Utah.

“Apparently Laundrie locked her out of the van and she was upset about it,” Grace commented.

According to reports, Laundrie has refused to say anything about Petito’s disappearance or whereabouts.

“Figure out where her phone last pinged and start backtracking from there,” Grace said. “But I’ve asked so many people about that cellphone. Has it been found or even located or triangulated? And everybody says ‘We can’t comment.’ Which tells me that’s what they’re working on.”

Police in North Port, Florida, police have named Laundrie a person of interest in this case, but Laundrie has not been arrested and police have said they are still treating the disappearance as a missing persons investigation.