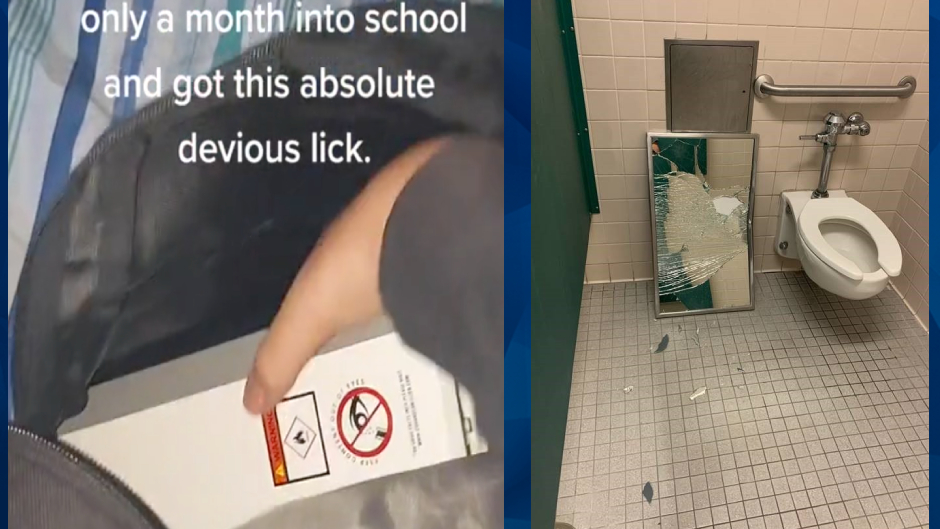 Florida police have arrested at least four high school students for allegedly stealing or vandalizing school property as part of an online trend.

Polk County Sheriff Judd told WESH that people who participate in the “Devious Lick” challenge will face criminal charges. In Polk County, three teens at two high schools were charged with petty theft and criminal mischief for stealing a soap dispenser and a sink.

“This is not a childish mistake. This is high school kids doing an organized criminal act and they’re going to be held appropriately accountable,” Judd commented.

A growing number of users have taken to TikTok to show off their “licks,” or items they stole from their school. While some of the stolen items — soap dispensers and hand dryers, for instance — seemingly appear small and trite, the challenge has been linked to damage that has rendered some school bathrooms inoperational.

@jrgarageStop taking it down tiktok 😂

♬ original sound – if i accept your valid

In one video that has amassed 3.1 million views, a school employee is apparently heard on the intercom angrily telling students that they are removing the doors from the bathrooms to curb theft.

“This is completely unacceptable and this is the only recourse we have,”  he is heard saying in the video.

According to WESH, a 15-year-old at Bartow High School was arrested for damaging a soap dispenser and stealing another one. He allegedly told authorities that he committed the theft and vandalism to look “cool” by participating in the online trend.

“It all started with a TikTok video, a devious lick. Well, we’re going to give you an arrest lick if you commit a criminal lick,” Judd told WESH.

Officials in other states, such as Colorado, California, and Ohio, have reported damage to school property which they have attributed to the online trend.

In light of the attention this trend has received, TikTok has banned the #DeviousLick hashtag from their platform.