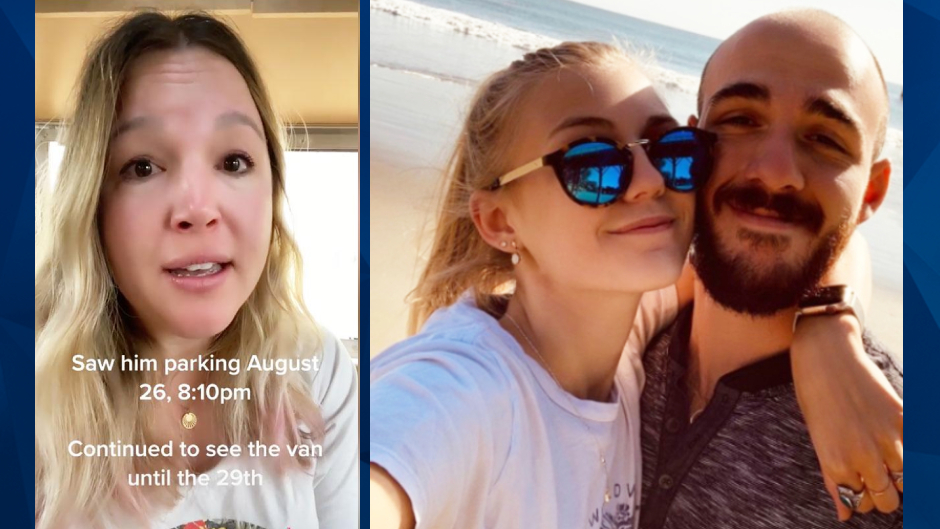 A woman claimed on TikTok that she spotted Brian Laundrie parking his van at a Wyoming national park weeks before his girlfriend’s reported disappearance.

Jessica Schultz claimed she saw Laundrie, 23, on August 26 at the Spread Creek Dispersed Camping Area in the Bridger-Teton National Forest — where Gabrielle Petito’s body was discovered on Sunday. Shultz said she only saw Laundrie, and that he appeared “confused” and “awkward.”

“It was just him. There was no Gabby,” she says in the video.

Shultz claimed Laundrie was driving very slowly down a one-car-width road. She said Laundrie slightly moved over to let her pass but there was not enough space to do so.

Speaking with the San Francisco Chronicle, Shultz said she believed she and her friends saw the couple’s camper van in a non-designated parking spot at the campsite on August 27. She said they saw the camper was in the same spot on August 28, which she found odd because she believed it would have been booted by then.

Shultz told the Chronicle that she did not recall seeing the van on August 29.

In the TikTok video, Shultz noted that she had already contacted the FBI about what she saw. She also said she was originally unsure whether the person she saw was Brian Laundrie, but became certain after seeing August 12 footage of a crying Petito, 22, outside Arches National Park near Moab, Utah — where police responded to an apparent domestic dispute between the couple.

“My friend texted me a picture of the hat on the dashboard and I just lost my s**t,” Schultz told the Chronicle “And that’s when I called the FBI (on Thursday) and said, ‘Guys, look at Spread Creek.’”

On Sunday, Petito’s body was discovered in the Spread Creek Dispersed Camping Area in the Bridger-Teton National Forest in Wyoming. An autopsy that was conducted on Tuesday determined her preliminary manner of death was a homicide.

Laundrie, who was deemed a person of interest in this case, reportedly left his parents’ home in North Port, Florida, on September 14. He is believed to have gone to the Carlton Reserve, a 24,000-acre preserve in Sarasota County. North Port police confirmed this Tuesday that they are reconvening their search for Laundrie at the preserve.