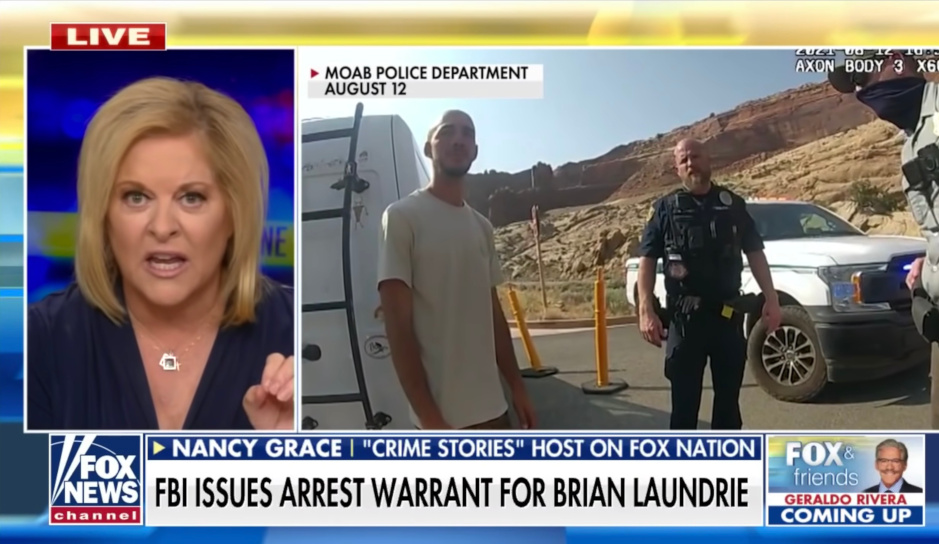 The bank fraud charge brought against Brian Laundrie this week is a strategic move while agents build their case for the murder of Gabby Petito, CrimeOnline’s Nancy Grace says.

Even though the indictment against him didn’t say whose bank card he accessed fraudulently, Grace tells Fox News on Saturday, “Of course it’s hers.”

A federal grand jury indicted Laundrie this week, even as agents were engaged in an intensive search for the 23-year-old, who fled his Florida home shortly after Petito was reported missing — and just days before her body was found in a remote Wyoming campsite.

“This is what we know: We know that Laundrie’s defense attorney is parsing words: This about use of a debit card, not about her death,” Grace said paraphrasing Steven Bertolino’s non-statement about the arrest warrant for his client. “What? She’s lying dead out at a campground in Wyoming, and he’s making his way home using her debit card.”

“If it was his own debit card, it wouldn’t be a crime. Of course it’s hers.”

And, the former prosecutor said, the warrant “is also tactical by the feds.”

“They are gonna arrest him on this while they build their case on the homicide,” Grace said. “I’ve seen a lot of cases where somebody’s picked up on a moderate charge to get them in custody.”