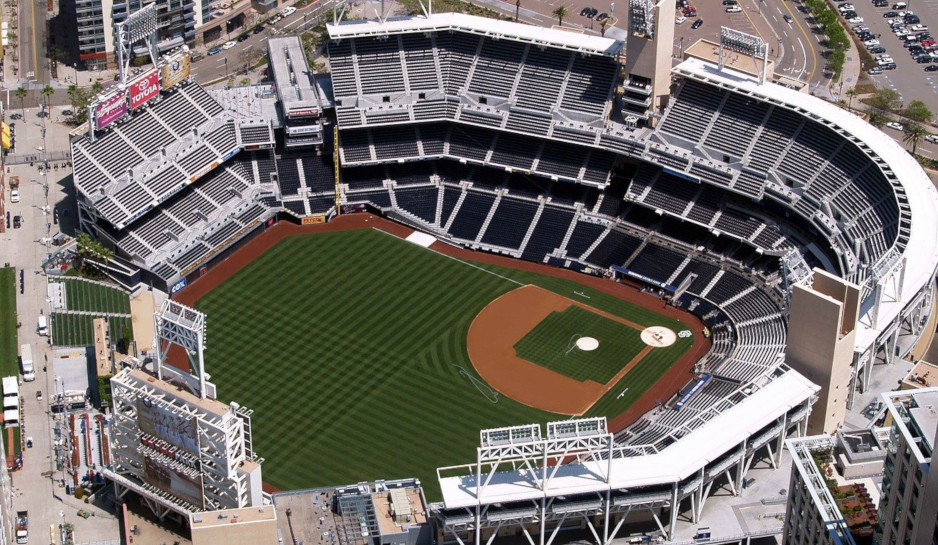 San Diego police are investigating after a mother and her 2-year-old son fell from the third level of Petco Park, where a San Diego Padres baseball game was minutes away from beginning.

First responders tried to resuscitate the 40-year-old woman and the boy Saturday afternoon, but San Diego Police Lt Andra Brown said it quickly became apparent nothing could be done.

The pair were in a a dining and concession area on the concourse level when they fell the equivalent of six stories, police Lt. Adam T. Sharki told the San Diego Union-Tribune. Sharki said the child’s father was at the ballpark.

Police said the fall “appeared to be suspicious” but added that it was too early to say if it was accidental or intentional.

The names of the victims have not been released, but police said they were from San Diego.

Brown asked for people who may have information about what happened to speak with investigators and perhaps “give the family some peace.”

“Our hearts obviously go out to the family, but also to the people who here could potentially be traumatized who saw this,” she said. “It’s a horrible, horrible thing. That’s why we’re giving it a very serious look.”

“We are deeply saddened by the loss of life at Petco Park last evening,” the Padres said in a written statement Sunday morning. “Our thoughts and prayers are with the family of those involved. We will continue to refrain from comment on the nature of the incident as it is an ongoing investigation by the San Diego Police Department.”

Fans who had come to cheer the hometown team against the Atlanta Braves were rightfully horrified. Many posted their shock on social media, while others talked amongst themselves.

“I’m just sitting in my seat crying,” one fan tweeted. “Wtf even matters right now on the field knowing what went down here. If anyone is at Petco and needs a hug I’m down. This is beyond devastating.”

Several people told the newspaper they saw the incident but were too shaken to talk about it.

One man, who asked not to be identified, said his wife told him that it appeared the child fell, and the woman fell trying to grab the boy.

A woman who also declined to give her name said she didn’t see the fall but that her husband witnessed a woman and child going over “the side from the third floor of Petco” outside Section 316.