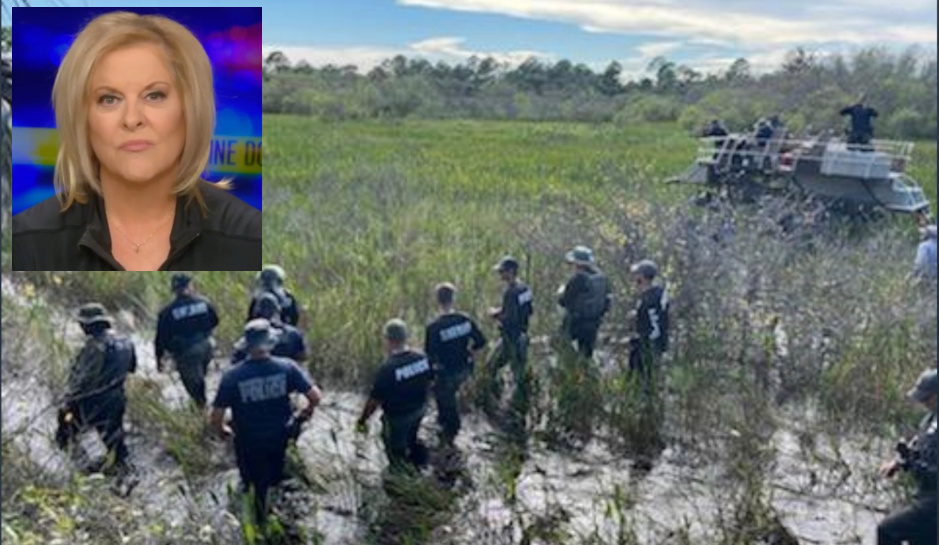 Nancy Grace: ‘Mama Ain’t Cryin’ and Brian Laundrie Is ‘Not in That Swamp’

CrimeOnline’s Nancy Grace says Brian Laundrie is not in Florida’s Carlton Reserve, where he allegedly told his parents he was going hiking when he fled their home last week just days before his girlfriend’s murdered body was found in Wyoming.

“From the beginning, I did not think Brian Laundrie was in a 25,000-acre swamp because of one thing: Mama ain’t cryin’,” she told Fox News on Monday before referencing her 13-year-old twins. “Somebody told me one of my children was out in a swamp about to commit suicide, I’d be out there right now on a skiff screaming, John David! Lucy! Where are you?”

“That’s not happening,” she added, pointing out that Laundrie’s parents, Roberta and Christopher Laundrie, are instead mowing their lawn, meeting with their lawyer, and calling 911 on media and protesters at their home. And that’s not the only reason Grace thinks Gabby Petito’s boyfriend isn’t in the flooded reserve.

“No fresh water in the swamp,” she said.

“There’s no buzzards, there’s no fresh water, and mama is not crying,” Grace said. “He’s not in that swamp.”

Grace, a former prosecutor, also discussed the recently-released audio from a dispatcher who sent Moab police officers after Petito and Laundrie’s van after 911 callers reported a possible domestic incident.

“As it is they decided, she was the aggressor based on what the two of them said, and (the officers) faced the prospect that if they went to court, she probably would not testify against him,” Grace added.

Grace said that when the body camera footage of the discussion between the officers, Petito, and Laundrie was first released, she “thought they were being very solicitous and kind to Gabby.” But the audio from the dispatcher, who clearly told the officers twice that witnesses saw Laundrie hit Petito, “changes things.”