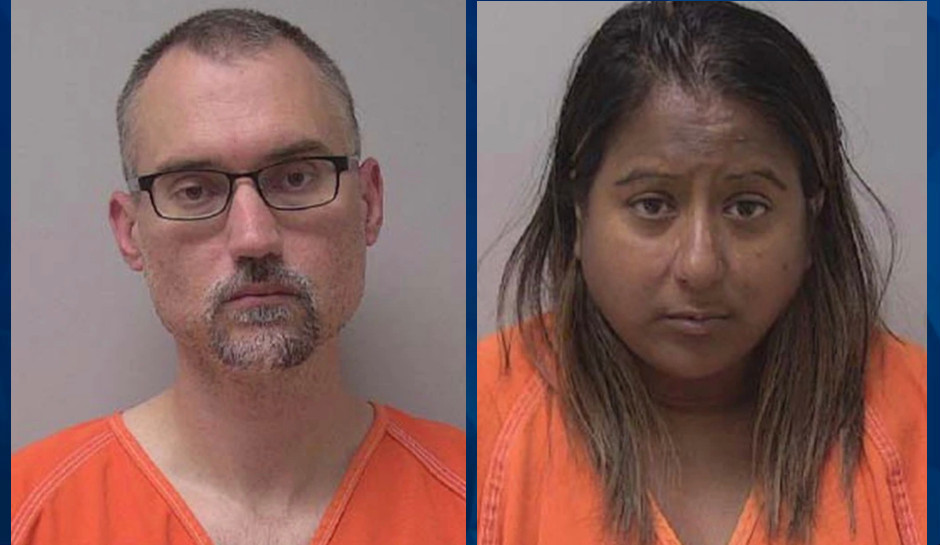 A Wisconsin couple have been jailed on charges related to the death of their daughter in August.

Johnathon and Sumitra Stolp were the adoptive parents of the 5-year-old girl, who died on August 25 after spending 10 days in a medically induced coma, WSAW reported.

Police began the investigation on August 15, when Johnathon Stolp called 911 and the little girl was brought to a local hospital in Weston and later transferred to a larger facility. A doctor who examined her said she had a skull fracture, a brain bleed, and elevated levels of alcohol and acetaminophen.

According to court documents, Sumitra Stolp first told investigators the girl fell off the monkey bars at a playground  and later said she threw herself off a slide. Still later, she said the child was in a chair, rocked backward, and fell over, striking her head.

After a medical expert said the girl suffered trauma to both sides of her head, police interviewed Sumitra Stolp again, and this time she said she was sitting in a rocking recliner holding the child, stood up from the chair, tripped, and fell on the little girl. She said the child went into convulsions when she picked her up again.

Court documents also say the child had been given more than six times the recommended dose of acetaminophen on the night before the girl was taken to the hospital.

The Stolps said that the girl had been in their custody since January, and they adopted her in July. Since May, they said, they’d been giving her medication to help her sleep. On the night before the girl was taken to the hospital, Sumitra Stolp said she gave the girl 30 ml of Nyquil, which contains 10 percent alcohol and 650 mg of acetaminophen, before her bath and again shortly after midnight when the girl woke up. Johnathon Stolp also gave the girl a dose of Nyquil, and at some point, the girl was given 5 mg of Tylenol PM, containing 500 mg acetaminophen.

Johnathon Stolp was released from custody after paying $7,500 on a $75,000 signature bond, but Sumitra Stolp remains behind bars on a $75,000 cash bond. The couple has been order to have no contact with one another and are both scheduled to appear in court again in December.