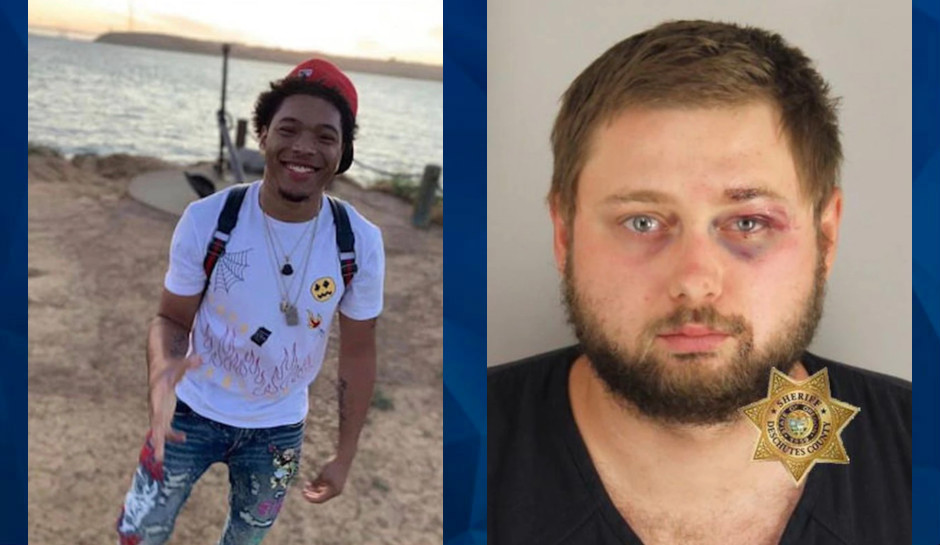 Oregon Man Shoots and Kills Man Who Asked Out His Girlfriend

An Oregon man was indicted Friday on multiple charges in the shooting death of another man who complimented his girlfriend.

Barry Washington Jr, 22, was unarmed on September 19 when he complimented Allison Butler, 27-year-old Ian Cranston’s girlfriend, outside a bar in Bend.

Deschutes County District Attorney John Hummel said the investigation had shown that Butler told Washington she had a boyfriend and that Washington “responded appropriately.”

“He asked her on a date,” Hummel said, according to the Redmond Spokesman. “He wasn’t grabbing or pawing or molesting her. He asked her out, and her boyfriend didn’t like that.”

Hummel said video footage from later on showed a scuffle with shoving and punching involving Cranston and a friend of his, both white, and Washington, who was Black, according to Oregon Public Broadcasting.

“The punches had stopped and it was just some shouting,” the district attorney said. “And then at that point, Cranston pulled a gun out of his waistband and shot.”

Cranston fired one shot, striking Washington, who was taken to a nearby hospital, where he died.

Police initially arrested Cranston on a second degree murder charge and released him on a $10,000 bond, prompting protests from Washington’s friends and family.

Hummel said that prosecutors have not yet sought a bias crime charge in the shooting because they are still investigating the incident, but in a news conference, he said he was keenly aware of the country’s “disgraceful history of denigrating, prosecuting and lynching Black men for talking to white women.”

“Over the last week, literally hundreds of people called and emailed me to remind me of this history,” Hummel said. “There’s a reckoning with race that needs to happen in Central Oregon, and it needs to happen now.”

Cranston’s attorney, however, said that he is confident a jury will acquit his client once they see the evidence at trial. Kevin Sali said that Washington attacked Cranston “without provocation” and said video evidence will prove it. He also said that Hummel “deliberately inflamed the community with statements he knew were not supported by any evidence.”

Cranston is currently being held without bail, and his plea hearing is scheduled for December 7.