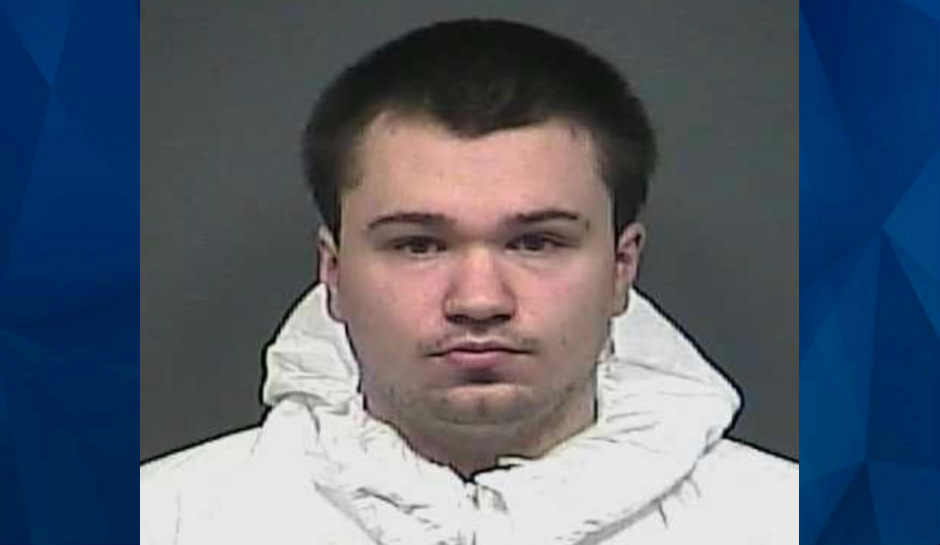 A 22-year-old Tennessee man shot and killed three members of his family early Friday, then fled from the scene before he was taken into custody 100 miles away.

Nathanial Pipkin is charged with three counts of murder in the deaths of hi mother, 11-year-old sister, and another man, WZTV reported. The Maury County Sheriff’s Department was unsure of the man’s exact relationship to Pipkin, but said everyone involved was family.

The sheriff’s department said they were called to the scene just before 6 a.m. by another family member, who escaped out a window and called 911 from a neighbor’s house.

Police put out a bulletin for Pipkin and his silver, 2003 Mustang, which was spotted in Monteagle shortly before 9 a.m. Monteagle Police called for assistance from the Tennessee Highway Patrol, and Pipkin was quickly taken into custody.

Maury County Sheriff Bucky Rowland said Pipkin was wearing ballistic body armor at the time of his arrest, and multiple weapons — including long guns — were “in plain view” in his vehicle, according to WKRN.

A WKRN reporter, on the scene in Columbia when Pipkin was returned from Grundy County, asked the suspect for a comment. “Self-defense,” he replied.

Authorities have not yet identified the victims, including the family member who escaped the carnage, although they said that person is doing fine but “they went through a horrible situation.”

“My heart breaks for a family that’s been destroyed today,” Rowland said.

The young girl killed in the shooting was a Maury County Public Schools student. Mike Kinnard, principal at Battle Creek Middle School, sent a message to families at the school saying that grief and support counseling will be available at the school on Monday, when students return from break.

Columbia is about 45 miles south of Nashville. The shooting took place in an unincorporated part of Maury County just north of Columbia.