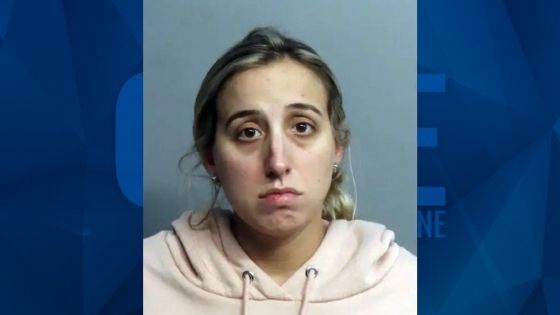 A Florida teacher was arrested on Monday for allegedly sexually abusing a 14-year-old former student multiple times in a two-month period.

Hialeah Middle School drama teacher Brittiny Lopez-Murray, 31, was accused of having sex with the boy in her car on numerous instances, starting in August. The boy’s father got involved after the teen’s sister noticed him acting odd while on the phone, leading her to find sexually explicit text messages between him and the teacher, the Miami Herald reported.

The father reportedly saw that Lopez-Murray had sent his son a nude picture of herself. She and the victim allegedly also texted each other about enjoying their sexual encounters.

According to the Miami Herald, the boy told police that Lopez-Murray sent him a text in August in which she revealed she had feelings for him. Police said the pair met for coffee, which led to multiple dates where they would have sexual encounters in the teacher’s car, including in the parking lot of the Westland Mall and a Publix.

Lopez-Murray was charged with lewd and lascivious battery, molestation, and engaging in a sexual act with a child. The Miami-Dade school district said in a statement that she will be fired following her arrest.