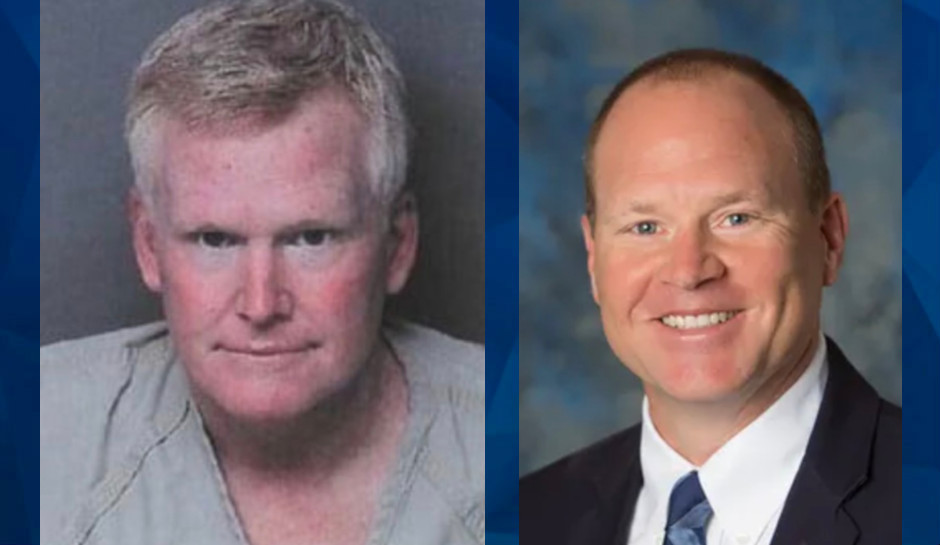 The South Carolina Supreme Court on Friday suspended the law license of Alex Murdaugh’s best friend and college roommate, Cory Fleming, the attorney who earlier this week reached a settlement with the estate of Gloria Satterfield, the Murdaugh family housekeeper who died at their property three years ago.

Fleming, who negotiated the initial wrongful death settlement for the estate at the recommendation of Alex Murdaugh, agreed to repay the legal fees and expenses incurred during that suit after the estate sued him, his law firm, the insurance company, and Murdaugh, claiming it never received the more than $4 million settlement reached, as CrimeOnline previously reported.

The court’s order for an interim suspension pending an investigation came after a request from the Office of Disciplinary Counsel.

“Cory Fleming is Alex Murdaugh’s best friend, his former college roommate, and his closest confidant,” Eric Bland, an attorney representing the Satterfield estate, told The Daily Beast last month. “There is a history of Murdaugh referring people to Fleming.”

That pattern is seen in another lawsuit, filed in September, that accuses Fleming of helping Murdaugh try to “shift the blame” for a deadly February 2019 boat crash — with his son Paul at the wheel — to Connor Cook, another teen on board the boat the night Mallory Beach, 19, was killed. According to the lawsuit, Murdaugh “encouraged and instructed” Cook and his family to hire Fleming — much as he is accused of doing with the Satterfield family. Fleming instructed Cook not to speak with police, according to the suit, “increasing the potential that Plaintiff Cook would continue to be a suspect and potentially face criminal charges as operator of the boat.”

“Fleming’s instructions served to convert the unwitting Plaintiff Cook into an agent of protection for Paul Murdaugh, exposing Plaintiff Cook to the potential of being charged as boat operator and therefore responsible for the accident,” the lawsuit says.

Paul Murdaugh was eventually charged and was awaiting trial in June when he and his mother, Maggie Murdaugh, were found shot to death at the family’s hunting lodge.

In a statement released after the Satterfield settlement, Fleming admitted “material mistakes” in his work on the original Satterfield case and said he had been “misled and deceived” by “his close friend and colleague.”

On Friday, asked about the latest developments, Satterfield estate attorney Bland said, “It will be interesting to see if Alex [Murdaugh] supports that Cory was a victim and not a willing participant.”

Murdaugh is reportedly at a treatment facility for a drug addiction. He has been charged with insurance fraud and conspiracy to commit insurance fraud for allegedly hiring a former client to kill him so his remaining son Buster could claim a $10 million insurance payout.

That scheme played out the day after his law firm, which his great-grandfather founded, forced him out over misappropriation of funds. The South Carolina Supreme Court has also suspended Murdaugh’s law license, and on Wednesday, his former firm, PMPED, filed suit against him over the financial improprieties.

Murdaugh is also facing a wrongful death lawsuit from the family of Mallory Beach, the teen who died in Paul Murdaugh’s boat crash. That lawsuit accuses Murdaugh and his son Buster of condoning and abetting Paul Murdaugh’s underage drinking at the time of the crash.

And the South Carolina State Law Enforcement Division has launched several investigations, in addition to their criminal investigations into the deaths of Maggie and Paul Murdaugh and the “suicide for hire” scheme, including the original wrongful death suit filed on behalf of the Satterfield estate.

See all CrimeOnline’s coverage of the Murdaugh family.