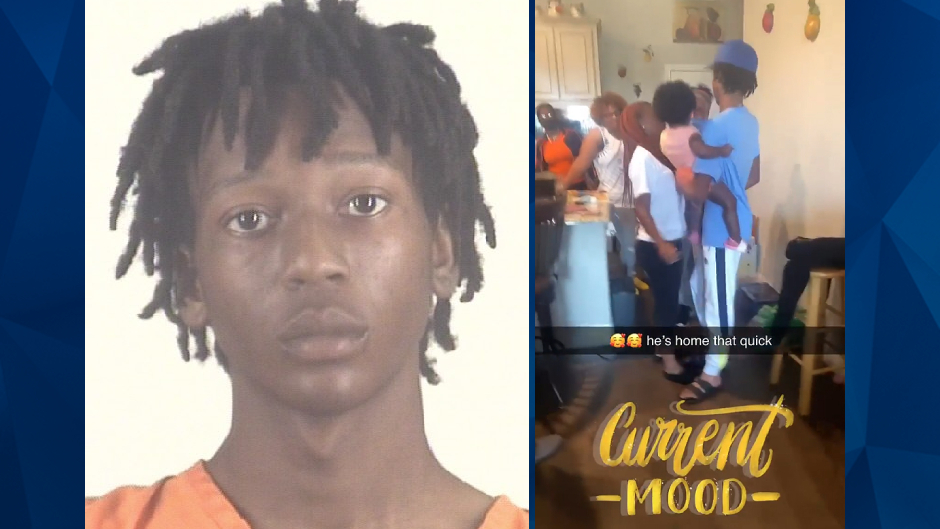 A Texas teen who allegedly opened fire at his high school on Wednesday, wounding two students and a teacher, reportedly had a party after being released on bond a day later.

The Sun reported that videos posted to social media showed Timothy Simpkins, 18, in his family’s kitchen, holding a baby and hugging others. A day earlier, Simpkins allegedly shot two classmates at Timberview High School, including a 15-year-old boy he was fighting with, and teacher Calvin Pettitt, 25.

According to The Dallas Morning News, a fight between Simpkins and the 15-year-old student was broken up before Simpkins retrieved a firearm from his backpack and opened fire, wounding the student he was fighting and Pettit, who had broken up the altercation.

The Fort Worth Star-Telegram 15-year-old shooting victim was shot four times and is in a medically-induced coma in the ICU. Police said one of the bullets grazed a female student, while Pettitt, who was reportedly shot in the back, is in good condition.

Simpkins allegedly fled after the shooting — but Arlington Assistant Police Chief Kevin Kolbye told KDFW that Simpkins “turned himself in with an attorney” four hours later.

A .45-caliber gun was reportedly found in Grand Prairie, about 2 miles from the high school. Kolbye also told KDFW that other guns were found at Simpkins’ home. Police are reportedly trying to find out who purchased the gun Simpkins used on Wednesday, as it is illegal for anyone younger than 21 to have a gun.

Relatives have told the media that Simpkins was being bullied. Police said they are investigating the events leading up to the shooting, in addition to the bullying allegations, according to WFAA.

Simpkins, who is charged with aggravated assault, was released from custody after posting a $75,000 bond.