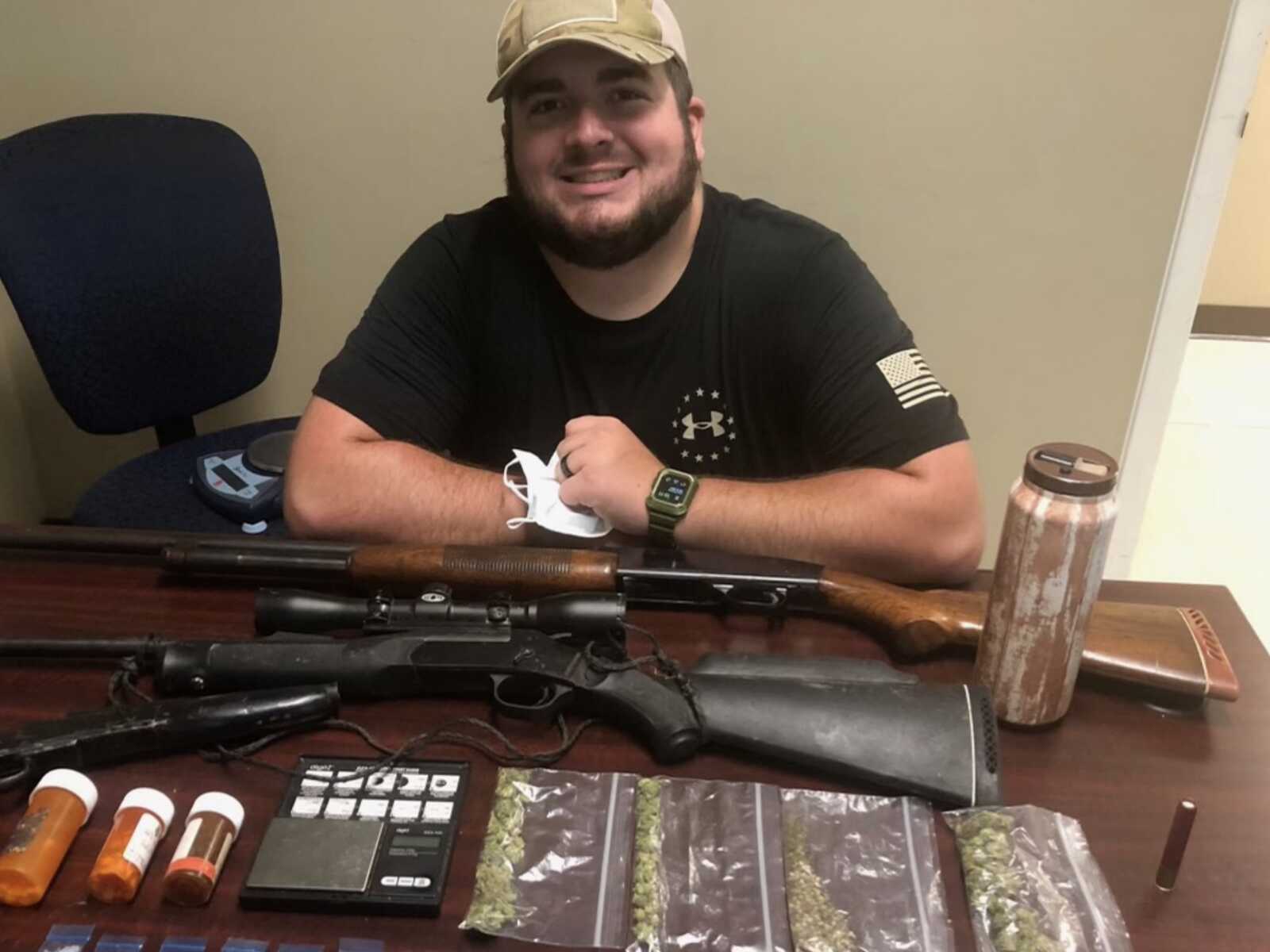 A manhunt is underway in middle Georgia after a former convict allegedly gunned down a small town police officer early Saturday morning.

Dylan Harrison, 26, was shot and killed in the line of duty, officials said, without releasing any information about what led to the 1 a.m. shooting outside the Alamo Police Department station.

Harrison, who has worked in law enforcement since 2017, was on his first shift as a part time officer in Alamo, the Atlanta Journal Constitution reported. He was also a full-time Oconee Drug Task Force agent in nearby Dodge County.

It’s common in small town Georgia for law enforcement officers to have overlapping jobs and part-time work. The Alamo department has nine officers, five of them part-time.

According to Georgia Department of Corrections records, Ferguson was released from prison in August 2006 and serving for than seven years for charges that included theft by taking and aggravated assault on an officer.

Harrison began his work in law enforcement in 2015 as a dispatcher in Laurens County and then joined the Middle Georgia State University Police Department in 2017, eventually reaching the rank of sergeant. He graduated the Georgia Public Safety Training Academy in 2018 and worked part time for the Cochran Police Department from September 2018 until May 2020, as well as his full time job with the Dodge County Sheriff’s Office.

He is survived by his wife and their 6-month-old child.