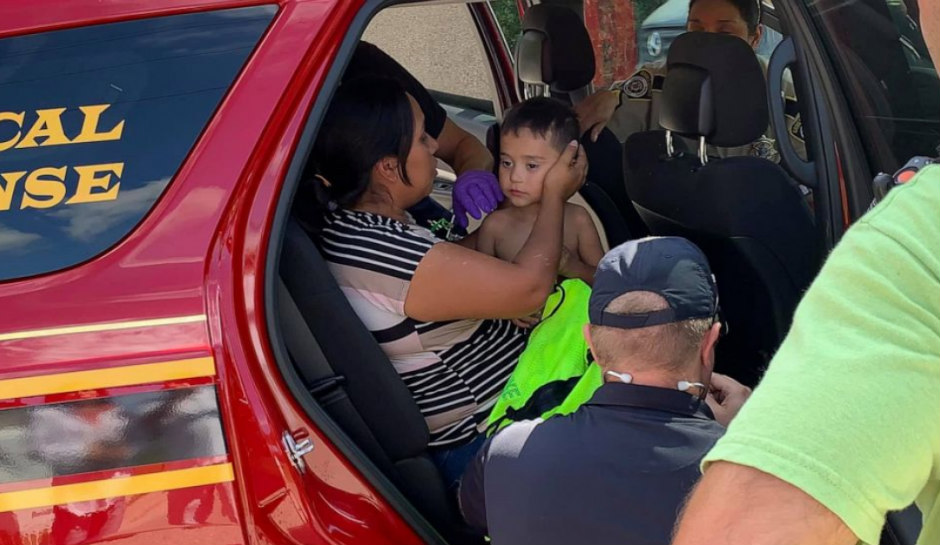 Texas man Tim Halfin was at Bible study last week when God told him to go search for Christopher Ramirez, a little boy who got lost in the woods for four days.

Christopher Ramirez, 3, disappeared from his Grimes County home at about 2 p.m. on Wednesday, as CrimeOnline previously reported. Deputies headed to a wooded area about five miles from his home Saturday morning after they got a call about a possible sighting shortly after 11 a.m.

Grimes County Sheriff Don Sowell said the location was not in the area where investigators were currently searching, but they had been heading in that direction. The boy was dehydrated but in otherwise good condition.

Halfin was part of the volunteer search crew looking for Christopher after “divine intervention” led him to the woods near his Plantersville home, he told ABC’s “Good Morning America.” Halfin explained how he heard a small whimper coming from the woods and upon looking further, he spotted Christopher.

“I don’t know what to make of it. All I know is he was found safe. When I picked him up, he was still talking. He wasn’t shaking, he wasn’t nervous. The things I would expect. Maybe he just sensed, ‘I’ve been found.'”

Halfin called 911 and Christopher was soon reunited with his mother, Araceli Nunez.

“Words cannot describe how I felt when I held him for the first time,” Nunez said through a translator. “It was incredible.”

Nunez hugged her son and held him while he played with a car. She told him she loved him and hugged him again.

“That’s what it’s all about right there,” Halfin said. “That’s why everybody was praying. That’s why God laid it on my heart to go look, to reunite that boy with his mom.”

Christopher was awarded an honorary junior deputy badge from the sheriff’s office for his bravery.