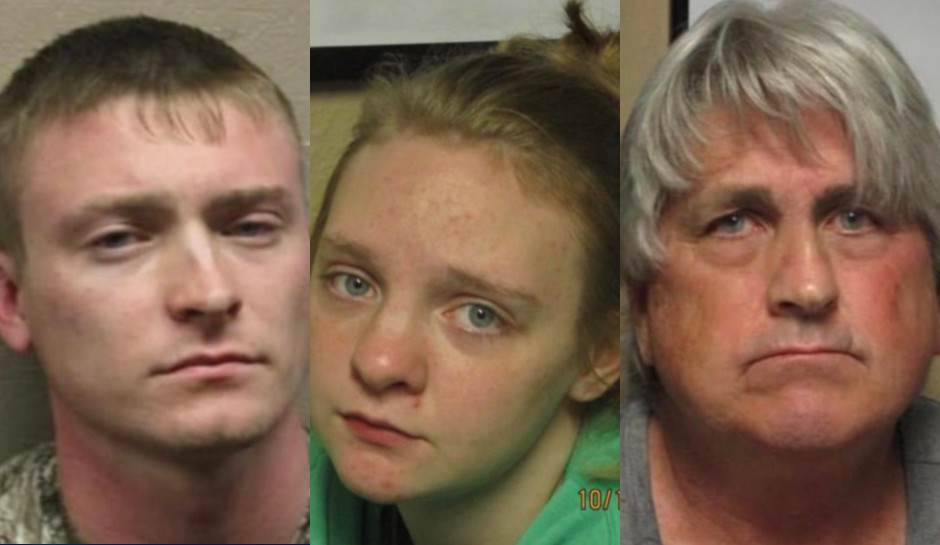 Three people have been arrested after an investigation turned up the murdered and dismembered body of missing woman.

Brianna Roberts, 21, was reported missing in Bollinger County, Missouri, on Thursday, the sheriff’s office there said. Their investigation revealed that Roberts was last known to have been involved in a dispute with Kaitlyn Morgan, 20, and Eric Nanney, 24, at Nanney’s home on Wednesday.

While interviewing Morgan, Nanney, and Nanney’s 63-year-old father Ricky Nanney, investigators with the sheriff’s office and the Missouri State Highway Patrol learned that Roberts was assaulted and died on Thursday.

Armed with a search warrant, investigators conducted a search at a Bollinger County residence and there found Roberts’ remains.

“It was discovered that the victim was stabbed and shot multiple times,” the sheriff’s office said. “Additionally, it was found that the limbs of the deceased had been removed from the body. Investigators later located what appeared to be additional remains in a separate location along with several other items of evidence.”

An autopsy is scheduled for Monday.

All three — Morgan, Eric Nanney, and Ricky Nanney — were arrested and charged with multiple counts.

Morgan and Eric Nanney were ordered held on $1 million bond each, and Ricky Nanney was given a $50,000 bond.