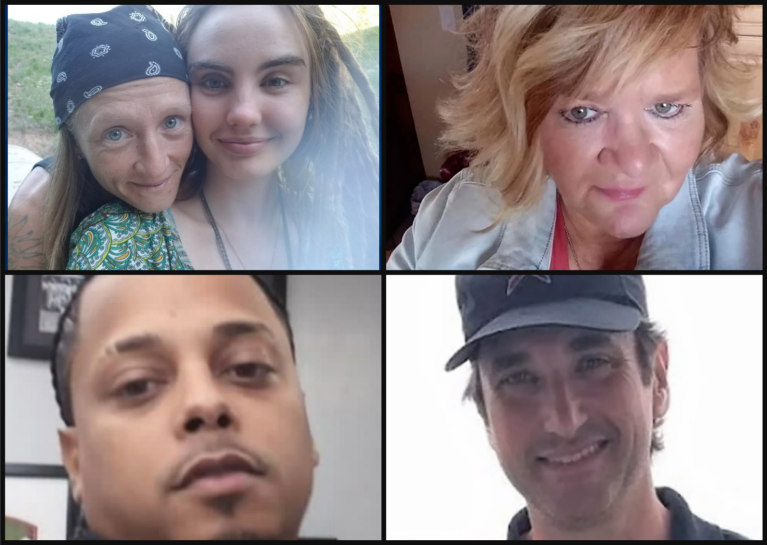 Five bodies have been found during the search for Florida fugitive Brian Laundrie, police say.

Josue Calderon (pictured bottom left), 33, was found stabbed to death in Blowing Rock, North Carolina, at Blue Ridge Parkway. He was 800 miles away from his Rhode Island home, his family said, according to My40. The National Park Service, along with the North Carolina State Bureau of Investigation, are investigating the incident.

In Wyoming, the body of Robert Lowery (pictured bottom right), 46, was found near the Black Canyon trail in Bridger-Teton National Forest last week. Investigators said the Texas man took his own life.

The bodies of a newlywed couple were found in Utah in August. Kylen Schulte, 24, and Crystal Turner, 38, (pictured upper right) were last seen before reported to friends that a “creepy guy” camping near them. Both victims were found shot dead, as CrimeOnline previously reported. The case was linked to the Laundrie case briefly, although police later announced that the deaths were unconnected.

The most recent development is a body found is that of Sara Bayard, 55 (pictured upper right). She was found deceased in El Paso County, Colorado, off of Highway 83 and N. Pinery Parkway in Douglas County. The area is close to where Laundrie and his girlfriend, Gabby Petito, shared Instagram pictures.

A coroner has not yet released Bayard’s cause of death.

Brian Laundrie is wanted on a felony warrant following the death of Petito. Laundrie and Petito embarked on their cross-country trip in July, but by September 1, Laundrie returned to his parents’ North Port, Florida, home with Gabby’s van, but without Gabby.