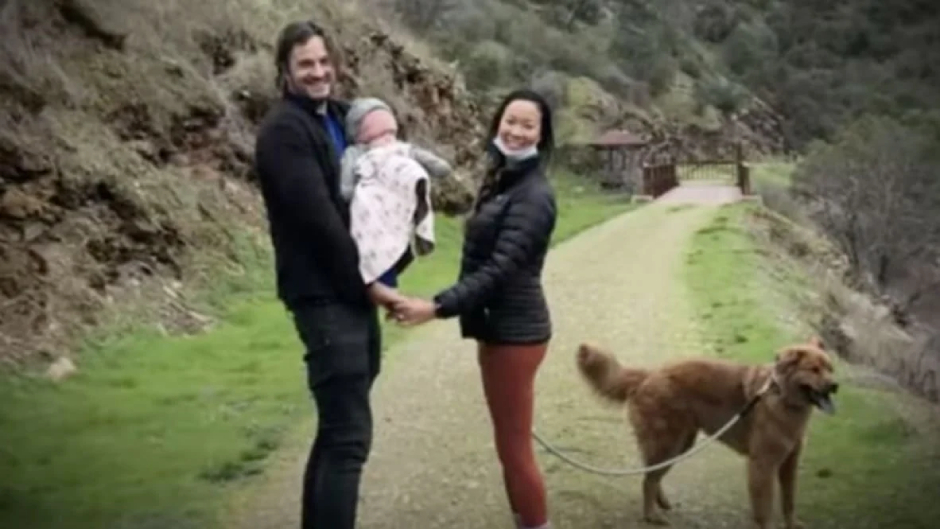 A family who was found dead on a California hiking trail in August succumbed to hyperthermia and probable dehydration caused by environmental exposure, police announced on Thursday.

The Mariposa County Sheriff’s Office said in a statement that an autopsy and multiple toxicology tests were completed for husband and wife Jonathan Gerrish, 45, Ellen Chung, 30, and their 1-year-old daughter, Aurelia Chung-Gerrish. The family was last seen on August 15, while hiking in Hites Gulch — which is located three miles northwest of Devil’s Gulch Valley.

The family’s 8-year-old Aussie/Akita mix also died on the hiking trail. Police said the dog’s official cause of death is undetermined, but its remains and other evidence suggest it also died from heat-related causes.

Mariposa County police said Gerrish had used an app to map out their hike, but it did not account for the trail’s mileage or the change in altitude. On August 15, a witness spotted the family’s truck driving toward Hites Cove Trail Head, before seeing the car parked at the location. It was approximately 72 to 76 degrees in the area and the elevation is about 3880 feet.

The family is believed to have hiked on foot 2.2 miles from Hites Cove Trail Head to U.S. Forest Service Trail 20E01.4 — where the elevation is 1930ft and estimated temperatures were between 92 and 99 degrees. They reportedly continued 1.9 miles to the Savage Lundy Trail intersection.

“At the Savage Lundy Trail intersection, the elevation is approximately 1800 ft and the temperature was approximately 99-103 degrees,” police said in the statement.

The family reportedly embarked two miles up a steep incline on the trail — where temperatures reached 107 to 109 degrees during the early afternoon, but dropped to 105 to 89 degrees between 4:50 and 8:50 p.m.

Alarms were raised on August 16, when a babysitter arrived for a scheduled shift at the couple’s home and found no sign of the family. Friends reported them missing that night after phone calls went unanswered.

Search teams found the family’s bodies on the morning of August 17. According to The Fresno Bee, Sheriff Jeremy Briese said that the family died on a steep hill that provided no shade due to a fire that burned the region in 2018. Briese said it is unclear if they died all at the same time.

Authorities explained that it was initially difficult to determine the family’s cause of death because their bodies showed no signs of trauma. An autopsy did not immediately provide any clues about how they died.

On Thursday, police also dispelled speculation that toxic algae, specifically Anatoxin A, killed the family. Reports indicated that the Merced River, not far from where the family was hiking, was closed to the public the same month. However, water from their bladders was determined to have come from a tap or bottle.

“We also know that there has been no recorded death in humans connected with Anatoxin A, we do know that can be deadly to animals,” law enforcement noted in their statement.

No prescription drugs were found in the family’s system.

“We’re confident of our findings, and our investigation supports the findings for the pathologist and coroner’s office,” Briese said. “This is a real tragedy.”