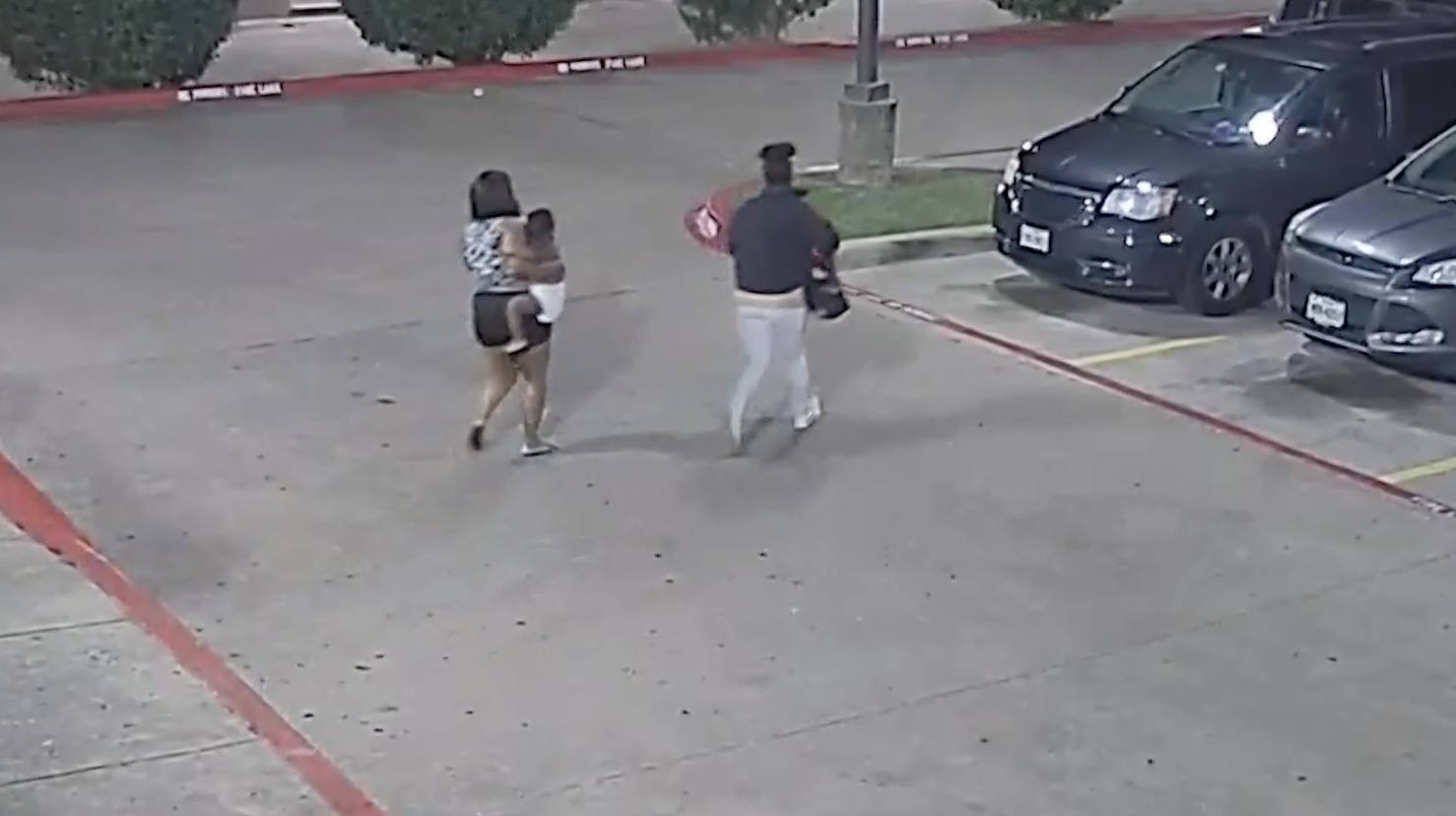 SEE IT: Texas Mom Chases After Kidnappers Who Took Her Baby From Motel Room

A frantic mother ripped a paper license plate off an SUV occupied by three women who had just kidnapped her 20-month-old baby, an act that Garland police say helped them locate the vehicle minutes later on a Dallas freeway.

When officers stopped the black Jeep, they found 34-year-old Lashonda Price, an 11-year-old juvenile, and the baby boy, according to Garland police.

Investigators identified another of the three women who showed up at Express Inn just after 12:30 a.m. on Sunday as Romeisha Brown, 28, and issued an arrest warrant for her. She turned herself in Wednesday night. Investigators later identified the third woman as 41-year-old Kemberly Suzanne Williams and arrested her early Thursday morning. All three women have been charged with kidnapping.

Police said surveillance video at the hotel shows the SUV pull into the parking lot. Brown gets out and walks to a back door. Moments later Price and Williams join her, and the enter the motel when someone opens the door from the inside.

Once inside, they knocked on a room door, where the mother and her baby were sleeping.

“When she opened the door, the three women basically pushed her down, and stripped the baby away from her,” said Garland Police Lt. Pedro Barineau, according to WFAA.

The women are seen on the outside security video dragging the boy, wearing only a diaper, as they run across the parking lot to jump into the Jeep. The mother follows shortly afterward and manages to get the license plate from the front of the vehicle before the three speed away.

Garland police said they believe the suspect knew the mother.

The baby boy was unharmed and returned to his mother.