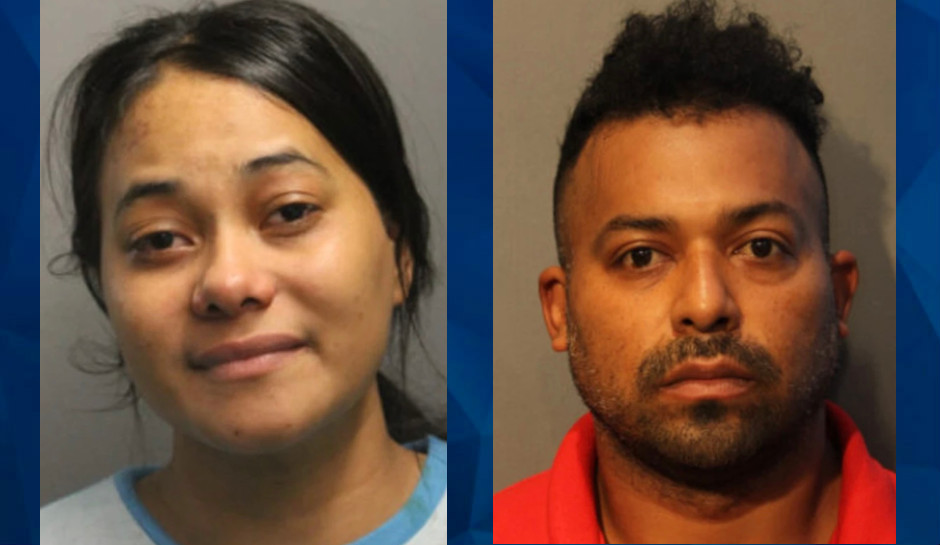 A Chicago mother and her boyfriend appeared in court Friday, accused of beating and neglecting a 2-year-old girl’s injuries until the day she died this week at Holy Cross Hospital.

Chicago Police said Alisson Zelaya Ardon died Tuesday morning and had multiple injuries, including burns, to her arms, legs, and torso, consistent with chronic child abuse, according to the Chicago Tribune.

Milixen Ardon, 24, and Wilfredo Cruz, 43, have been charged with murder and were ordered held without bond.

An acquaintance of the couple who moved into their basement apartment in August and a former roommate told police that they saw Ardon and Cruz beating the toddler. The acquaintance said Ardon and Cruz frequently left the little girl home alone and that on one occasion, Alisson was on the kitchen table eating powdered creamer and sugar.

Prosecutors said in court that Cruz forced the little girl to walk back and forth in the basement hallway for hours whenever she did somebody he or her mother didn’t like. If she stopped or cried, he yelled at her to keep walking.

Investigators said that both suspects admitted to locking the little girl in her room and tying her to her cot by the legs. Cruz allegedly admitted to hitting her with a belt, and the girl always wore long sleeves and long pants to hide injuries.

Both said they never sought medical treatment for the toddler until the day they found her unresponsive, prosecutors said.

The acquaintance reported that on the day before the little girl died, he heard her struggling to breathe, but when he got up to investigate, she began breathing normally again. He told investigators that he heard screaming at about 9:20 a.m. on Tuesday and saw Ardon holding the girl, who appeared lifeless. He said he tried to find a pulse but couldn’t.

An upstairs neighbor called 911, and the girl was taken to the hospital, where she was pronounced dead at 10:45 a.m. Ardon and Cruz were still at the hospital when they were arrested.

An autopsy conducted on the little girl determined the manner of death was homicide and that the ultimate cause of death was a rupture to her stomach caused by blunt force trauma to the abdomen.

The autopsy uncovered extensive injuries in various stages of healing on her body, arms, and head. Her skin, the doctor said, was covered in marks and bruises.

Prosecutors said in court that the toddler was underweight for her age and that her teeth were yellowed and appeared to have not been taken care of.

Cruz and Ardon are due in court again on November 9.