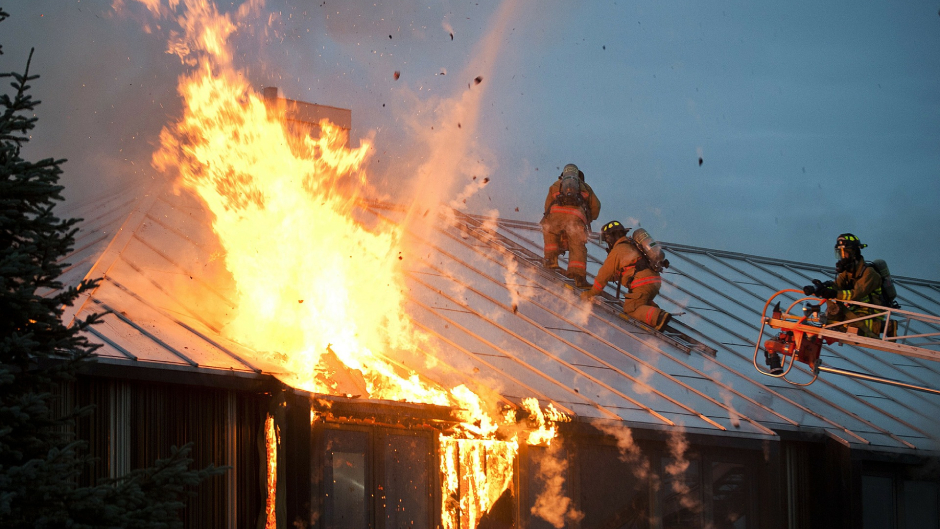 911 Dispatcher Hung Up on Spanish-Speaking Caller, He Then Dies in Fire With Young Nephew: Lawsuit

A group of former 911 dispatchers filed a federal lawsuit against Pennsylvania county officials on Wednesday, claiming they were fired after they complained about various abuses and misconduct at the call center they worked at.

On Friday, Lehigh County Executive Philips Armstrong disputed one of the most damning allegations made in the lawsuit: That a 911 dispatcher who did not understand Spanish hung up on Heriberto Santiago Jr. during a July 2020 house fire that killed Santiago and his nephew, Andres Ortiz, 14. Armstrong said the call was not only properly handled and emergency crews responded to the scene within three minutes, but Santiago actually spoke English during the 911 call, according to WMAZ.

Director of Community and Economic Development Frank Kane also said the 911 dispatcher did not hang up on Santiago, and claimed a Spanish speaker who had called about the fire was forwarded to a bilingual operator, the Morning Call reported.

The seven former employees are suing Lehigh County, County Executive Phil Armstrong, and six other current or ex-county officials for First Amendment violations which they said occurred after they complained about numerous issues at the 911 call center. They claim the issues arose in the six months after the center merged with Allentown’s emergency dispatch center.

The lawsuit alleged that, in addition to Santiago, other Spanish-speaking callers did not receive help. The ex-employees said a 911 dispatcher commented that they “do not like taking calls from Spanish people” and refused to use call translation service to communicate with Spanish speakers, according to Lehigh Valley Live.

Some dispatchers allegedly forced callers to speak English or refused to help them. At some point, the plaintiffs reportedly warned ex-director Laurie Bailey that not purchasing special language interpretation telephone lines would be detrimental.

The suit also claimed that dispatchers would sleep on the job or spend time on their phones and on social media. The former workers cited an instance in which a co-worker assaulted an employee — and alleged that employees had and transported weapons at the call center, according to Lehigh Valley Live.

The ex-employees said they voiced their concerns during town halls held in August and December of 2019. They claimed county officials ignored those concerns and retaliated instead.

According to the lawsuit, a center supervisor received permission to have a small New Year’s Eve toast in 2019 using “coquito,” an eggnog which contains alcohol. The plaintiffs said the same drinks were gifted during a “Secret Santa” party that took place at the center the same year without issue.

Despite this, the plaintiffs alleged they were informed in January 2020 that they were being fired for the apparent violation. They were reportedly told that they could resign before the termination takes place, and they could apply for reinstatement.

Five of the plaintiffs submitted resignations, reportedly under the belief that they would be rehired. The lawsuit stated that other employees who slept and fought on the job were never punished.

County officials have not publicly addressed those allegations.